For the uninitiated, tai chi may be a little daunting. The ancient Chinese exercise is hardly as mainstream as aerobics or the treadmill, but with its gentle, fluid movements and proven health benefits, it’s a natural arthritis workout.

“I was looking for something that was low-impact and not going to hurt,” says Bosman, who now takes two 45-minute tai chi classes each week. “Tai chi is very calming and peaceful.”

Tai chi also offers plenty of other benefits. Recent studies have found that the slow, graceful exercise, which originated centuries ago as a martial art, can improve balance, reduce stress and offer arthritis pain relief. A study released by researchers at Tufts Medical Center in Boston, Massachusetts, found that tai chi could specifically reduce the pain and physical impairment of people with severe knee OA.

Betty Broderick, 67, of Cathedral City, California, acknowledges that she and her classmates might have looked silly when they were first learning their tai chi poses. “When we’re in a room with mirrors, you can actually see how dorky you look,” she says, admitting she prefers when the instructor takes the students outdoors for class.

But awkwardness aside, Broderick credits regular tai chi classes for decreasing pain from knee OA and a long bout with polymyalgia rheumatica. “I can do things I didn’t think were possible before,” she says, happy that she can now take long walks and be on her feet without having to stop because of aching joints. “I can’t say enough about tai chi. It changed my life.”

Those results were no surprise to one of the biggest proponents of tai chi for people with arthritis, Dr. Paul Lam, a family physician in Sydney, Australia. Dr. Lam developed arthritis as a teenager growing up in China when malnourishment caused cartilage development problems. He began practicing tai chi to ease his arthritis pain, eventually modifying the popular Sun style of tai chi to make it easier for people with arthritis, and along with colleagues, established the Tai Chi for Health Institute in 2010.

“A lot of people with arthritis don't know they can do tai chi,” he says. “Even though the Sun style is slow and gentle, it does have high-risk moves as well. We took the part that was more effective for healing and put in modification so that anyone could do it.”

Dr. Lam’s 12 movement Tai Chi for Arthritis program is also available as a DVD for at-home practice. No special equipment is required — just comfortable clothing, patience and an open mind. 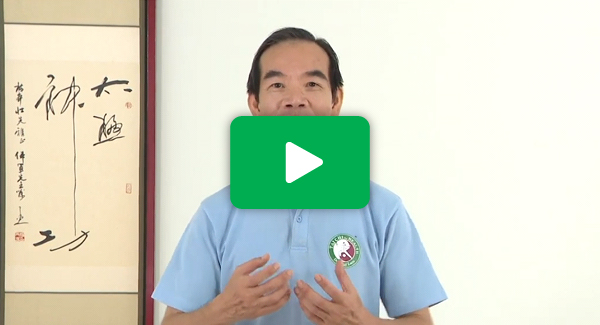 Tai chi has been used for centuries to help improve balance of the mind and body. Find out how you can learn tai chi to help improve your arthritis symptoms and overall health from leading tai chi practitioner and family physician Dr. Paul Lam of the Tai Chi for Health Institute.
Read More