Leading the Way in Osteoarthritis Research

The Arthritis Foundation has a long history of pursuing treatments for this common form of arthritis.

As many as 32.5 million people are affected by osteoarthritis (OA) in the United States alone, and for many it is debilitating. OA can severely limit people physically and undermine their quality of life, relationships and mental well-being.

Despite its widespread incidence — osteoarthritis is the most common form of arthritis — and detrimental impacts on individuals and the U.S. health care system and economy, there is neither a cure nor effective treatments for OA short of major surgery to replace a joint. Pharmaceutical therapies — including opioids, which often have harmful side effects — are designed primarily to provide only temporary relief of pain and other symptoms.

There is a tremendous need for treatments that will prevent, halt or even reverse the disease course of OA, and the Arthritis Foundation has been leading the way to more productive research and life-changing outcomes.

While many pharmaceutical companies no longer invest robustly in this area of research, the Foundation has continued to support and advance it.

Until the 1980s, just a handful of researchers focused on osteoarthritis, working primarily with animal models. And then bioengineers started getting involved in the ‘90s, investigating the physical qualities of tissues – tendons, ligaments and cartilage – before molecular biology emerged and was applied to cartilage.

Pharmaceutical companies, recognizing the potential market, funded a wave of clinical trials in the 1990s and early 2000s to find a drug that would stop progression of osteoarthritis. But when none succeeded, most companies pulled out of OA research.

“All the big pharma companies had osteoarthritis trials, because from a pharmaceutical company’s perspective, it’s a huge market, it’s a huge business opportunity. But when all the trials failed, the pharma companies backed off.” —Martin Lotz, MD, professor, The Scripps Research Institute’s department of molecular medicine; Arthritis Foundation Board of Directors and Scientific and Medical Advisory Committee

Recognizing the importance of this research, the Arthritis Foundation directed more funding toward OA investigations. Gordon and Carole Segal, founders of the home furnishing retailer Crate & Barrel, funded the launch of a series of important workshops. The first Segal North American Osteoarthritis Workshop (SNOW) convened in 2008 and brought OA scientists and clinicians from around the world together with pharmaceutical company representatives and patients.

Their main question: Why did the previous trials fail?

Damage from OA historically has been measured by looking at X-ray images to see the space between the bones of a joint. The less space there is, the more the cartilage has worn away indicating more “joint space narrowing,” or degeneration. Comparing these images over time can show the progress of the disease and possibly indicate how effectively a treatment slows the process.

But osteoarthritis occurs slowly over many years, so tracking changes in a joint can take decades and more money than most companies are willing to pay. Furthermore, X-ray isn’t sensitive enough to pick up minute changes.

The SNOW conferences, which took place until 2012, led to two critical conclusions to improve trials.

“When you tear your ACL, the process of osteoarthritis begins. We can follow that process over time, and if we could find a way to intervene before you ever see [any joint-space narrowing] on X-rays or MRIs, we might be able to change the outcome, at least of post-traumatic arthritis.” —John Hardin, MD, rheumatologist, Montefiore Medical System; professor emeritus, Einstein College of Medicine; former vice president of research, Arthritis Foundation

With the help of a $1 million grant through the Arthritis Foundation to University of California San Francisco, the Hospital for Special Surgery and Mayo Clinic, an initiative was launched based on the ACL injury model. The focus was to validate the use of MRI to pick up early changes in the joint, and by picking up early changes, to possibly slow or stop the degeneration.

“By trying to intervene in those very early injury features with drugs, one might be able to change the outcome of the disease.” —Dr. Hardin

The Arthritis Foundation took a leading role in meeting with and demonstrating to officials with the Food and Drug Administration (FDA), which decides whether to approve new drugs, that X-ray was not the only or the best measurement tool, and that other endpoints could reliably show whether a drug was having an effect.

In June 2021, the Arthritis Foundation partnered with the FDA to host a workshop on drug development for osteoarthritis. International scientists and other OA experts discussed challenges and potential solutions to finding new treatments, including different types of endpoints, tools to measure endpoints and alternative discovery methods, such as examining existing drugs for possible effects on OA.

The Arthritis Foundation and FDA met again in 2017 along with drug makers, health care providers and other stakeholders — including patients — in an OA Patient-Focused Drug Development (PDFF) meeting. The Foundation also led a series of sessions focused on OA patients, including focus groups across the country, a webinar with patient engagement, and videos highlighting the FDA’s response and the PFDD meeting. The result was the 2017 OA Voice of the Patient, reporting patients’ experiences with OA and their perspectives on available and desired treatments.

As various organizations have sought better treatments for OA, including the American College of Rheumatology (ACR), Osteoarthritis Research Society International (OARSI), National Institutes of Health (NIH) and the FDA, the Arthritis Foundation has been an important partner with a distinct role: Ensuring patients have a seat at the table.

As a result, trials focus not just on imaging and biomarkers but on outcomes that are meaningful to patients, like function, stiffness, sleep quality, mental health and more refined measurements of pain.

The Foundation has been central to making sure clinical trials consider the ways that OA affects patients and their lives. Bolstering those efforts is a databank of patients’ experiences and priorities accumulated through the Foundation’s ongoing INSIGHTS program, launched in 2018.

“The AF is really the organization that brings the patient’s perspective most strongly. … It started with looking at joint pain to slowly broaden and capture more dimensions of the patient that are affected. The INSIGHTS program fits perfectly as a way to capture that.” —Dr. Lotz

The Arthritis Foundation has played a critical role in improving clinical trials in osteoarthritis and establishing the use of the post-traumatic osteoarthritis model, and it has been a catalyst in bringing together key stakeholders to tackle the problem. It is also funding OA cutting-edge research that could change lives. “Now,” says Dr. Lotz, “there’s interest and a large number of clinical trials are actually back again.”

In 2018, the Foundation seeded the OA Clinical Trial Network (CTN), building on the earlier findings from SNOW and the post-traumatic OA research model, bolstered and further defined by the OA Voice of the Patient report findings.

While the Foundation had continually invested in innovative OA research, much of the work focused on earlier stage building blocks – for instance, lab research involving cellular and animal models. Patient input effected a major shift toward research in humans most likely to have an benefit to patients’ quality of life.

“A lot of innovations at that level just don’t translate to humans, or they just take 20 years to get there. … So we pivoted to only focusing on clinical trials, which means only things that matter in humans.” —Jason Kim, PhD, director, Arthritis Foundation Osteoarthritis Research Program

The Arthritis Foundation homed in on phase 2 clinical trials, where the treatment has shown to have promise and which have the biggest bang for the buck.

Step by step, the Foundation has led the way to refining methods and outcomes in osteoarthritis research. With a solid plan and guiding principles rooted in patients’ needs and priorities, we continue to lead the way toward more effective treatments and prevention for this debilitating disease. 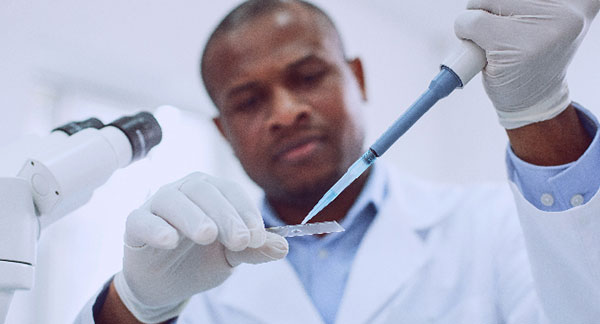 The Arthritis Foundation is leading the way in advancing treatments for osteoarthritis, the most common form of arthritis, for which there currently are limited effective therapies.
Read More