More vitamin D might help if you have inflammatory arthritis.

Despite high hopes, recent studies have found that vitamin D supplements taken alone don’t prevent fractures, make bones stronger or protect against heart disease or cancer — at least not at a dose of 2,000 international units (IU) a day. But people who have inflammatory forms of arthritis still may benefit from these supplements. Many studies and meta-analyses confirm the role of the sunshine vitamin as a powerful anti-inflammatory in rheumatoid arthritis (RA) and other inflammatory diseases.

People with RA consistently are shown to have low levels of vitamin D. One study showed fewer than one-third had the minimum needed for bone health (a blood level of at least 20 nanograms per milliliter). And research shows that the lowest levels are associated with more severe disease, greater disability and a worse quality of life.

But it’s unclear whether restoring normal vitamin D levels could improve these things.

JoAnn Manson, MD, a Harvard professor and chief of preventive medicine at Brigham and Women’s Hospital, both in Boston, doesn’t think so. Dr. Manson was the lead author of a National Institutes of Health study that showed vitamin D does not protect against heart disease or cancer. She says there’s no proof that low vitamin D levels cause RA or lead to more severe symptoms; it’s just as possible the disease itself causes nutritional deficiencies, not the other way around.

But some rheumatologists disagree. Daniel Small, MD, with the Mayo Health System in La Crosse, Wisconsin, believes normal vitamin D levels are essential for everyone, especially people with RA. He routinely tests patients for vitamin D and prescribes it when needed. He says 2,000 IU of vitamin D-3 a day should be enough to maintain normal levels, but “monitoring is essential, as some people need a higher dose.”

Supplements are important because it’s hard to get enough vitamin D from the few foods that contain it, including fatty fish, eggs and fortified cereal, milk and juice. The average daily intake from food is about 200 to 300 IU, according to the National Academy of Medicine. Relying on sun exposure is problematic, too, and most doctors don’t recommend it; not only does it increase the risk of skin cancer, but sunlight doesn’t easily convert into vitamin D in people who are older or have darker skin.

Healthy people who eat well don’t need to give vitamin D another thought. But if you have inflammatory arthritis, knowing your status may be helpful. Your doctor can check it with a $50 blood test. Your insurance might not cover it, but it may be money well spent. 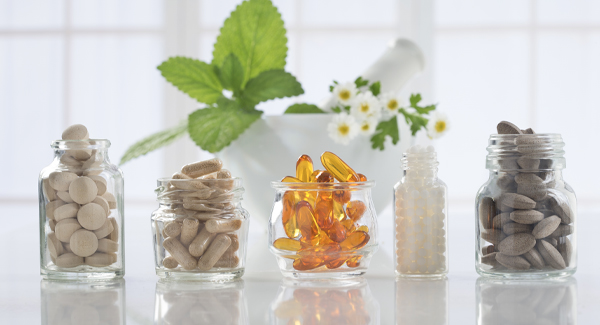 Vitamin and Mineral Guide for Arthritis