Methotrexate is one of the most commonly prescribed arthritis medicines. Learn what to expect if you take it.

Methotrexate is one of the mainstays of treatment for inflammatory forms of arthritis. It not only reduces pain and swelling, but it can actually slow joint damage and disease progression over time. That’s why methotrexate is known as a disease-modifying antirheumatic drug (DMARD). Many rheumatologists use methotrexate as first-line therapy for patients with rheumatoid arthritis (RA), psoriatic arthritis (PsA) and juvenile idiopathic arthritis (JIA).

Methotrexate isn’t new – it’s been part of RA treatment for more than three decades. Researchers first developed this drug in the 1940s as a cancer treatment. Then in 1985, scientists discovered that it relieved pain, swelling and other symptoms in people with RA. Three years later, methotrexate won FDA approval for treating RA, and it soon became the treatment of choice for people with this condition and other forms of inflammatory arthritis as well.

About 90% of RA patients use methotrexate at some point. Typically you will start with a weekly dose of 7.5 to 10 mg taken by mouth – equal to three or four pills. If that doesn’t help with symptoms, the doctor may raise your dosage to 20 to 25 mg per week, or as high a dose as you can tolerate.

When pills alone won’t calm your symptoms, your doctor might give you subcutaneous methotrexate – a shot given under the skin. Taking the drug this way puts more of it into your system without increasing side effects. You can give the methotrexate shot to yourself using an auto-injector.

Pairing Methotrexate with Other Drugs

Methotrexate is effective, but not everyone who takes it gains adequate relief from joint pain, swelling, morning stiffness and other symptoms. Fortunately for people who need more relief, combining methotrexate with other medications will usually do the job. Most often, methotrexate is combined with other DMARDs, such as leflunomide (Arava), cyclosporine (Neoral), sulfasalazine (Azulfadine) and hydroxychloroquine (Plaquenil).

Doctors may try pairing methotrexate with biologic drugs in people who don’t respond well to DMARD combinations. These drugs inhibit part of the overactive immune system response that contributes to many types of inflammatory arthritis. The most common biologic combination is with tumor necrosis factor (TNF) inhibitors such as etanercept (Enbrel), adalimumab (Humira), infliximab (Remicade) or certolizumab pegol (Cimzia). Research also shows that methotrexate combines effectively with other biologics, such as abatacept (Orencia), rituximab (Rituxan) and tocilizumab (Actemra).

Safety and Side Effects of Methotrexate

Methotrexate is widely regarded as one of the safest of all arthritis drugs, though it carries some potential downsides. Gastrointestinal symptoms such as nausea and vomiting are its most frequent side effects. Other possible side effects include hair loss, mouth sores, shortness of breath, headaches, fatigue, drowsiness and dizziness. Taking folic acid daily can help offset most side effects.

Sometimes the drug will affect liver function tests, especially when it’s taken in higher doses. Your doctor will monitor you for liver issues.

Certain people, notably women who are or may become pregnant, should not take methotrexate.

Talk to your doctor and learn more about managing the side effects associated with methotrexate. 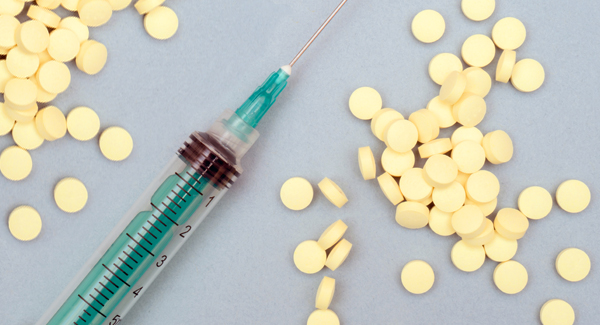 Understand side effects methotrexate and how to minimize your risks.
Read More