Find out which medications are OK to take when you are pregnant, planning to become pregnant or breastfeeding.

When thinking about parenthood, a common concern for women with arthritis is how their medication will affect pregnancy and the unborn baby. While many women feel their arthritis is less active during pregnancy, many may require medication during pregnancy to relieve symptoms and control their disease.  Because controlling the disease has big advantages for both mom and baby’s health, you should speak with your doctor about pregnancy-compatible arthritis medications before you begin trying to conceive.

It’s important to follow the advice of your doctor who knows your disease and can help you weigh the risks and benefits of specific treatments, but here are some general guidelines.

Biologics are among the newest drugs for arthritis. Older biologics, such as TNF-alpha inhibitors, have been around the longest, so there have been more studies about their effects on pregnancy than other biologics. Research shows that some biologics can be used safely, but the jury is out for the newest biologics.

TNF-inhibitors: Etanercept (Enbrel), infliximab (Remicade), adalimumab (Humira), certolizumab pegol (Cimzia) andgolimumab (Simponi) – are commonly used to treat rheumatoid arthritis, psoriatic arthritis and ankylosing spondylitis. In a meta-analysis published in the Journal of Autoimmunity in 2017, researchers evaluated the risk of pregnancy outcomes in women treated with TNF inhibitors. They found that while study participants had a greater risk of miscarriage, preterm birth and low-birthweight babies than the general population of pregnant women, the risk was comparable to that of women with inflammatory diseases not treated with TNF inhibitors. This suggests that that the diseases, not the drugs, may have been responsible for the increased risk. A common medication concern is whether it will transfer from the mother’s blood stream to the baby. Recently, the FDA updated the medication label for certolizumab pegol based on a 2018 study that showed negligible to low transfer of the biologic through the placenta and minimal mother-to-infant transfer from breast milk.

Because TNF inhibitors do not appear to cross the placenta at the time the baby’s organs are forming, they are not associated with increased risk of birth defects. The American College of Rheumatology recommends continuing TNF inhibitors during pregnancy. However, to ensure that the baby has the lowest risk of infection as possible, some rheumatologists will advise holding the TNF inhibitors as the delivery date approaches.

Anakinra: Anakinra (Kineret), an interleukin-1 (IL-1) receptor antagonist is used to treat rheumatoid arthritis. While its use in pregnancy is not widely studied, animal studies have not shown adverse outcomes. Your doctor may advise you to continue anakinra treatment if you need it to control your disease during pregnancy.

Rituximab: Rituximab (Rituxan) works by depleting a form of B cells involved in inflammation. When given during pregnancy it could deplete B cells needed for normal immunity in the unborn baby, increasing the risk for infection. If you are using receiving rituximab the drug’s manufacturer recommends stopping it 12 months before trying to conceive.

Abatacept: Abatacept (Orencia) is a biologic that interferes with the action of T cells to control inflammation in RA. If you are taking abatacept ask your doctor if you should stop before trying to get pregnant.

Janus kinase (JAK) inhibitors have not been well studied in pregnancy; however, a study published in the journal Drug Safety in 2016 found pregnancy outcomes in women taking  the JAK inhibitor tofacitinib  for RA or psoriasis were similar to those observed in the general population and in patients treated with biologic therapies for inflammatory disease. But the authors note that definitive conclusions could not be drawn and pregnancy outcomes in patients receiving tofacitinib will continued to be monitored.  There is limited human data on the effect of baricitinib (Olumiant) on pregnancy so fertility, gestation and breastfeeding risks are unclear.

Apremilast (Otezla) has not been studied in pregnancy so risks in fertility, gestation and breastfeeding are unknown.

Methotrexate: Methotrexate should be stopped three months before pregnancy, because the drug can increase the risk of miscarriage and several birth defects involving the head and face, arms and legs and central nervous system. After stopping methotrexate, you should begin treatment with a folic acid supplement and continue throughout pregnancy.

Leflunomide (Arava): Leflunomide can theoretically increase the risk of birth defects, but this has mainly been seen only in animal studies and not replicated in human studies. Ask your doctor about a drug elimination procedure using the medication cholestyramine to speed this process of eliminating the drug from your circulation before pregnancy.

While both methotrexate and leflunomide should always be stopped prior to attempting pregnancy, the news is not necessarily bad if you discover you have become pregnant while using one of these medications. Let your doctor know right away. A small study published in Arthritis & Rheumatology found that among women who became pregnant while talking leflunomide and then underwent cholestyramine treatment, had no significant increase in adverse pregnancy outcomes.

Sulfasalazine and hydroxychloroquine have not been associated with birth defects at doses generally prescribed for rheumatic diseases? With sulfasalazine it may be particularly important to take your prenatal vitamins.

Nonsteroidal anti-inflammatory drugs (NSAIDs), such as ibuprofen and naproxen are among the most commonly used pain relievers for arthritis. But you should talk to your doctor about taking these drugs if you are planning to become pregnant. In animal studies, NSAIDs have been shown to interfere with the implantation of the fertilized egg in the uterine wall, so it is possible that using NSAIDs could make it more difficult to conceive.

If your doctor OKs an NSAID earlier in pregnancy, she will likely have you stop it the third trimester, as NSAID use could potentially lead to pulmonary hypertension (high blood pressure in the arteries to lungs) in the baby and prolong labor and increase blood loss at delivery for the mother. Because less is known about the safety of Cox-2 inhibitors, doctors advise against using those during pregnancy.

Corticosteroid medications, including prednisone, are commonly used for inflammatory arthritis.  They are considered relatively safe during pregnancy when used in low doses. If you need corticosteroids during pregnancy, your doctor will prescribe the lowest effective dose for the shortest amount of time. 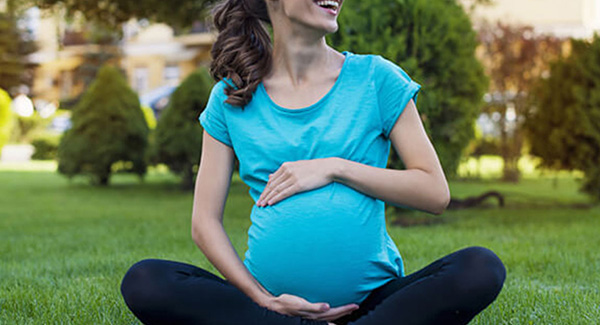 Preparing for a Healthy Pregnancy With Arthritis

Pregnancy can be difficult for women, especially if you have arthritis. Find out to manage your arthritis during pregnancy.
Read More 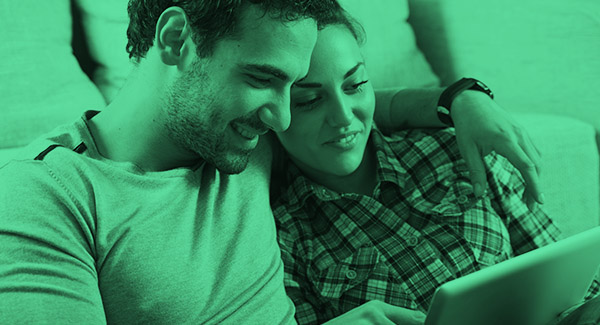 Here’s what you should know about common concerns when you’re thinking about having a baby, during pregnancy and after the delivery as you manage rheumatoid arthritis.
Read More

The Magazine for Good Health & Wellness