Understand the red flags, and how to handle them, when planning a family.

People with rheumatoid arthritis (RA) and other rheumatic conditions were discouraged in the past from having biological children because it was considered too risky. Arthritis drugs could harm a fetus, and stopping the medications could cause serious complications for the woman. Now, doctors know more about managing higher-risk pregnancies, including in women who have lupus or antiphospholipid antibodies – proteins in the blood that can endanger a developing fetus. (If you have lupus, Sjögren’s syndrome, systemic sclerosis, or RA, it’s important to get tested for these antibodies before or early in your pregnancy).

Today, women have a good chance for a healthy pregnancy if they get pregnant after their symptoms have been under control for three to six months and, if needed, they continue or switch to medications considered safe during pregnancy.

You may have heard that inflammatory arthritis gets better during pregnancy and worse after delivery. But that’s not true for everyone and varies by condition. Women with RA often improve and may be able to reduce or stop their medication. But for 90%, symptoms return within three months of delivery, especially with the first pregnancy, and they are often advised to restart their medication before this happens as long as the medication is safe during breastfeeding[link to breastfeeding]. Lupus symptoms sometimes flare toward the end of pregnancy and after delivery, but flares are usually mild. Postponing pregnancy until symptoms are under good control can help minimize flares.

But pregnancy makes some rheumatic conditions worse. It increases blood clot risk in people with antiphospholipid syndrome (APS), an autoimmune disease that causes blood to clot too quickly. It also worsens pulmonary hypertension, which can be a complication of lupus, APS, Sjogren’s syndrome, scleroderma and other connective-tissue diseases. Pulmonary hypertension is life-threatening for both woman and fetus, and pregnancy should be avoided[link to birth control] with this type of high blood pressure. Pregnancy also can cause high blood pressure, which often occurs with arthritis, to become dangerously high, and to exacerbate osteoporosis, which is also common in people with rheumatic conditions. 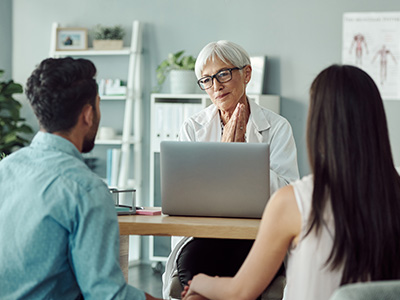 Despite improved outcomes, pregnancy remains challenging with rheumatic conditions, especially if you have active disease, are positive for antiphospholipid antibodies, or have a disease that can affect the kidneys, like lupus and APS.

APS has the biggest potential effect on pregnancy. It’s associated with miscarriage, premature birth and lower-than-normal birth weight. It can also lead to pre-eclampsia – a serious condition marked by high blood pressure. If not treated, pre-eclampsia can cause serious, potentially fatal[link to abortion story] complications for both the woman and fetus.

An APS pregnancy needs close monitoring by a rheumatologist and an experienced high-risk pregnancy team. With the right care, about 80% of women with APS will have a healthy baby and 60% will have a complication-free pregnancy.

You’re considered high-risk even if you test positive for antiphospholipid antibodies but don’t have full-blown APS. The antibodies make the fetus more vulnerable to neonatal lupus syndrome and congenital heart block, which interferes with electrical signals in the heart. The fetus may be screened by echocardiogram for heart block starting at about 16 weeks of pregnancy. Screening is controversial, though, because it may pick up signals that aren’t serious and lead to unnecessary and potentially harmful treatments. Be sure to discuss the pros and cons with your doctor.

One of the greatest concerns about pregnancy is whether it’s safe to continue or start arthritis medications. Reliable data has long been lacking, and many patients – and providers – choose to stop all antirheumatic drugs, despite potential harm from uncontrolled inflammation. The American College of Rheumatology (ACR) has evaluated the research on drug safety and pregnancy and recommends the following for pregnant women and for men before conception or whose sexual partner is pregnant:

These recommendations should spark a healthy dialogue between you, your rheumatologist and obstetrician. They don’t apply to everyone, and evidence for some recommendations is limited. Weigh the known pros and cons carefully while also giving serious consideration to your own feelings and values.