Learn how to separate fact from fiction and discover the real ways yoga can ease joint pain for people with arthritis or related conditions.

People with arthritis, who need regular physical activity to keep joints flexible, maintain muscle tone and manage weight, may find that yoga is a perfect way to exercise. In fact, some studies show that yoga, which has its roots in ancient India, can reduce arthritis-related pain, improve joint function, build strength and promote relaxation. “It’s low impact,” says Janice Kiecolt-Glaser, PhD, a professor at The Ohio State University in Columbus who conducted research on possible physical benefits of yoga. “It has a lot of potential benefits. Doing [yoga] every day would be wonderful, but even a couple of times a week is helpful.”

Practicing yoga involves moving into a series of poses, and often includes breathing and relaxation exercises. However, there is no one single method. Yoga is actually an umbrella term that covers hundreds of variations. There are almost as many myths and misconceptions about yoga as there are types. That isn’t surprising for an activity that’s been around some 5,000 years. However, it can be daunting for someone who’s looking to get started – especially someone with arthritis.
We set out to identify and put to rest some common myths about yoga and practicing yoga with arthritis.

Myth #1: Yoga involves so much twisting and bending – it’s going to make my arthritis worse, not better.

Fact: Many styles of yoga, including Iyengar yoga, include gentle, flowing movements and allow you to use a chair or other props to aid balance. These forms of yoga are safe for someone with arthritis.

Myth #2: Yoga is too gentle to have any physical benefits. It’s more about chilling out than getting fit.

Fact: Yoga is gentle and less stressful on joints, but studies show it offers both physical and psychological benefits. Practicing yoga regularly can improve muscle strength and joint flexibility, while boosting mood and controlling stress. Some forms of yoga involve quickly moving from pose to pose and count as a light cardiovascular exercise. With regular practice, you can build up strength and flexibility, and try faster motions or more weight-bearing moves.

Myth #3: I have to get fit before I can even start doing yoga.

Fact: Almost anyone, at any age and fitness level can start a yoga program – even children. Some classes, DVDs and online videos show you how to do yoga poses while seated in a chair. Beginning yoga routines should be gentle and easy, and a good yoga instructor will work with you to modify poses to protect your joints.

Myth #4: Yoga is so gentle it’s impossible to hurt myself – or aggravate my arthritis – while doing it.

Fact: If you have arthritis, you should avoid poses that require you to balance on one foot or bend your joints, such as your knees, more than 90 degrees. Some yoga types, such as Kundalini or Ananda, may involve lengthy meditation or breathing sessions that could be difficult for someone with arthritis to sit through. Bottom line: Don’t do anything that hurts.

Fact: According to a 2016 Yoga in America study, 28% of all yoga practitioners in the United States are male. That's 10 million male yogis.
At the end of the day, whether you are young or old, male or female, a gentle yoga practice can be very beneficial for arthritis and worth giving a try. 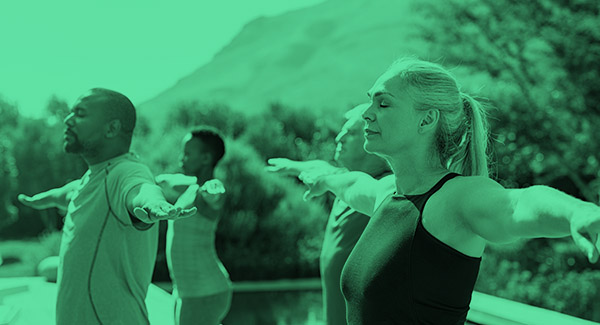 Increase your flexibility and mobility with these simple arthritis-friendly yoga moves. We'll give you step-by-step instructions for Cat Cow Pose, Standing Side Bend, Seated Spinal Twist and more.
Read More