Sports Safety for Kids With Arthritis

Children with arthritis can play most sports as long as their disease well-controlled.

But not all sports are a good fit for all kids, particularly those with arthritis, says Greg Canty, MD, medical director of the Center for Sports Medicine at Children’s Mercy Kansas City. For example, he advises against high-impact sports such as wrestling or American tackle football for children with neck or spinal involvement.

Involvement of other joints can affect a child’s ability to comfortably or safely play other sports, too.  For example, if a child’s shoulder is affected, tennis or swimming may not be good choices. If the knees and ankles are primarily involved, soccer may not be advisable – at least while the disease is not well controlled. If your child’s disease is well controlled, however, few sports are strictly off limits. Follow these tips to help keep your child safe:

Know when to stop. When the disease is active, high-impact and weight-bearing activities, such as gymnastics or jumping rope, should be avoided. Instead, switch to low-impact options, like aquatic exercise, swimming or walking. In some cases, your child might need to take off an entire season, but in most cases, the sport can be resumed as soon as the disease is in remission.

Use safety gear. Every child should wear the appropriate safety gear for his sport, but for children with arthritis, some additional gear or devices may make participation safer or more comfortable, says Dr. Canty. For example, if a child has knee arthritis, a brace sleeve may provide comfort during sports. A child with wrist arthritis who plays soccer may wear a brace to protect the wrist in case of a fall.

Still, it’s important to note that in joints with active arthritis, braces should not be used for long periods of time, says Kelly Rouster-Stevens, MD, pediatric rheumatologist and associate professor of pediatrics at Emory University School of Medicine. That’s because braces discourage mobility and can cause more stiffness in affected joints, she says. If braces help your child with pain during physical activity, that’s OK, but take them off as soon as the activity is over. And never let your child sleep in a brace unless your child’s physical therapist or doctor says it’s ok, says Dr. Rouster-Stevens.

Find other ways to participate. If your child loves a particular sport, but is unable to play, help him find other ways to be involved, such as being the team manager. Dr. Canty, who was diagnosed with juvenile idiopathic arthritis (JIA) at age 3, was unable to play football with his friends so he chose to be the team manager. “I think the socialization aspect of sports is so important,” says Dr. Canty. “This is especially true for a child who is already battling a chronic autoimmune disease.”

Protect against overuse injury. Pay attention to practice time, says Dr. Canty. The general rule of thumb is to practice no more hours a week than the child’s age (i.e.,10 hours a week for a 10-year old). Also, encourage your child to listen to her body and let her know that pushing herself too hard may cause injury. For example, if she notices that her joint aches after every gymnastics practice, it’s probably time to take a break and try a new lower-impact activity instead. Or, at least until her disease is under control and her doctor gives her the go-ahead.

Choose wisely. When looking for teams and leagues, look for ones that pay less attention to age than to physical development, says Dr. Canty. That way, your child will be competing against children of similar, strength, size, ability and maturity, which could lessen the risk for injury or overuse. Also, look for leagues that are less competitive, he advises. “American youth sports have gotten kind of crazy. Most kids aren’t going to be professional athletes. The goal is to keep kids active, not produce an Olympian,” he says.

Simple modifications can help keep your child in the game, too. If your child refuses to sit on the sidelines or is reluctant try a new sport, ask your child’s doctor or therapist for ways to keep her in the game. 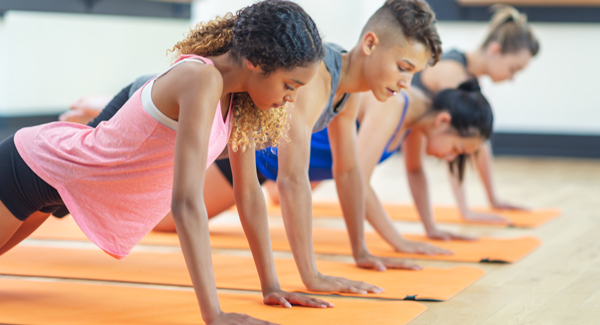 Exercise Basics for Kids With Arthritis 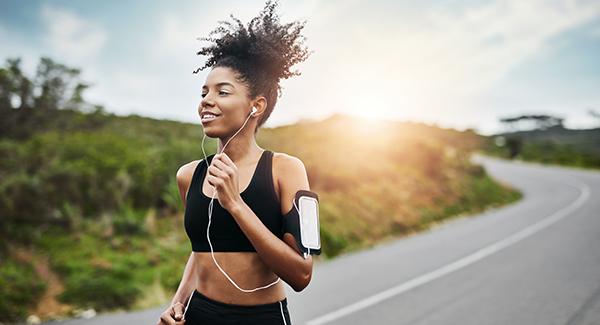 Tips for Running Safely With Arthritis

Although running is a high-impact activity, a regular running routine can benefit your joints if done safely with these tips.
Read More