Many people who have arthritis or a related disease may be living with chronic pain. Pain is chronic when it lasts three to six months or longer, but arthritis pain can last a lifetime. It may be constant, or it may come and go. Chronic pain can make it hard to perform daily activities like cleaning the house, dressing, or looking after your kids. However, there are ways to effectively manage chronic arthritis pain. Follow these tips to help you feel better and learn from people who have experienced chronic pain from arthritis.

Prescription and over-the-counter drugs recommended by your doctor can help control inflammation and pain. If you have side effects that keep you from taking your medications, or if you have trouble affording their cost, speak to your doctor. There may be other  options.

Excess weight can cause more pressure on the weight-bearing joints and increase pain. Plus, adipose tissue (aka: fat) sends out chemical signals that increase inflammation. Being overweight is bad for your overall health, as it increases your chances for heart disease, diabetes and even some cancers. Make sure you have a balanced diet with plenty of vegetables, fresh fruit, whole grains and lean protein, such as beans, poultry, and fish. Stay away from processed foods, red meat, and sugary drinks.

In addition to helping control weight, activities like walking, water aerobics at your local gym, or yoga can help reduce joint pain and improve flexibility, balance and strength. Cardiovascular exercise, like biking on a stationary bike, also helps keep your heart in shape. If you are new to exercise, talk to your doctor or physical therapist to find out what may be best for you. With exercise, you will also feel more energetic and it can help you sleep better.

Many people with chronic arthritis pain find that a positive attitude can significantly boost their ability to cope with pain. Try not to give in to pain. Find ways to keep your mind off it. Do the things you enjoy – like a hobby or spending time with family and friends – to keep your spirits high. If you need additional support, seek out a therapist or ask your doctor about how hypnosis, meditation and breathing techniques can help you ease your pain.

Diagnosed with rheumatoid arthritis (RA) at the age of 71, Mona Gardner was active and healthy, teaching full time at a local university. One day, she woke up with terrible pain in her hands, feet, and skin.

“I never want to feel pain like that again!” says Gardner, recalling her early flares of joint inflammation. “My skin hurt. My joints all ached. I couldn’t even open the doors of my car.”

Instead of giving in to her pain, Gardner sought treatment from a rheumatologist. She began taking the disease-modifying antirheumatic drugs (DMARDs) methotrexate and hydroxychloroquine. She also pushed herself to stay physically active and maintain a positive attitude about living with arthritis. She started the Arthritis Foundation Exercise Program and dance classes. Because she took charge of her health, she was able to continue working at the university.

“It never crossed my mind that I could get an injury that would hamper me for the rest of my life,” says multiple Super Bowl champion Wallace, now 50, who developed terrible knee pain from osteoarthritis (OA).

A former offensive lineman, Wallace is 6 feet 5 inches tall and weighed 280 pounds in his peak playing days. Today, he regularly rides a stationary bicycle and does resistance training in water. Keeping his weight down with exercise and a good diet helps to lower the pressure on his knees.

“Ten to 15 pounds make a huge difference. Otherwise, I would have constant swelling in my knees,” says Wallace.

Phyllis Shlecter was an active person who played tennis four days a week and worked full-time as a teacher. At 49, she suddenly developed symptoms of RA. “My feet were swollen. I had to wear slippers because I couldn’t put shoes on. My feet doubled in size and my hands looked like a monster’s hands,” recalls Shlecter, now 84.

Diagnosed in 1976, few treatment options were available to her. “I was told to take 10 aspirin a day and learn to live with my pain,” she says. She went back to teaching, but five years later had to retire.

After joint surgeries and rehabilitation, she used a walker and a wheelchair, but eventually lost her ability to walk. Ultimately, she got on the road to recovery by taking hydroxychloroquine and NSAIDs. But all the while, Shlecter refused to let pain keep her from enjoying life.

Despite the effects of her RA, she sticks to regular physical activity, including walking and exercising in the pool and Jacuzzi. “I have a cane and a walker in my closet – but I’m walking!” she jokes. After all the treatments, Shlecter believes that a positive attitude is the most effective weapon against arthritis pain. 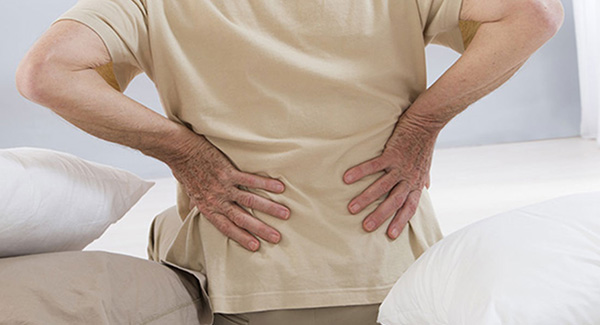 Tips for Managing an Arthritis Flare

Use these tips to manage arthritis flares when they arise.
Read More

10 Tips for Easing Back Pain

Use these self-care tips to ease your back ache and pain associated with arthritis.
Read More