When Hand or Wrist Pain May Mean Arthritis

Learn about the various causes of hand or wrist pain, including different kinds of arthritis.

Many forms of arthritis and related conditions that affect different parts of the hands. Common symptoms include pain, stiffness, swelling or numbness in the wrist and fingers. Pitted nails, painful ulcers or thickened skin that makes bending the fingers difficult may also occur. Here are some diseases that affect the hands.

Osteoarthritis (OA) is the most common form of arthritis. Also known as “wear and tear” arthritis,  OA is a chronic condition caused by the breakdown of the cartilage, which cushions the ends of the bones where they meet to form joints. This breakdown causes the bones to rub together, causing stiffness, pain and loss of joint movement.

In hand OA, the joints most commonly affected by OA are the wrists, the joints at the base of the thumb, the middle finger joints and the joints closest to fingernails. In the finger joints, OA can lead to the formation of nodes (bony knots).

Rheumatoid arthritis (RA) is a chronic inflammatory disease caused by a faulty immune system that primarily attacks joints (but possibly internal organs as well). The result can be joint pain, swelling, inflammation and loss of function. RA commonly affects the wrist and finger joints. RA usually affects the same joint on both sides of the body (both wrists or both hands). If untreated, the disease can cause joint deformities that make it difficult to use the hands.

Lupus is a chronic autoimmune disease in which the immune system creates antibodies that attack healthy tissues, including the skin and joints. The wrist and small joints of the hands are among those most commonly affected, along with other joints farthest from the body, including the elbows, knees, ankles and toes. Joint symptoms will likely occur with red rashes.

Psoriatic arthritis (PsA) is a form of arthritis that usually affects the joints and the skin (psoriasis) as wells as the finger and toe nails. The entire finger can become swollen (dactylitis), giving it a sausage-like appearance. About 80% of people with psoriatic arthritis have nail changes, pitting, thickening and/or separation from the nail bed. PsA can also cause a skin rash on the hands that looks like red or a silvery white patches.

Getting a Proper Diagnosis

Arthritis is difficult to self-diagnose. Talk with your primary care doctor as soon as possible about your symptoms. You may be referred to a rheumatologist or orthopedist to get an accurate diagnosis so you can get the medical care you need. Left undiagnosed and untreated, your condition may worsen and cause disability.

View All Where it Hurts Articles 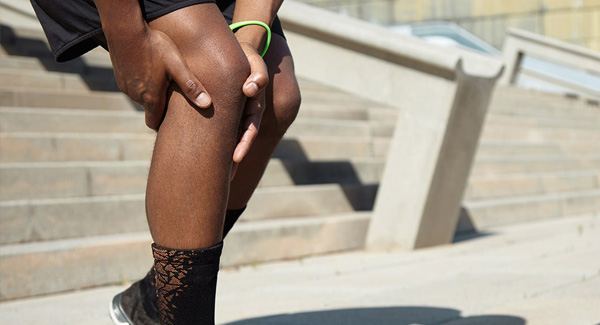 When Knee Pain May Mean Arthritis

Learn about the various causes of knee pain, including different kinds of arthritis.
Read More 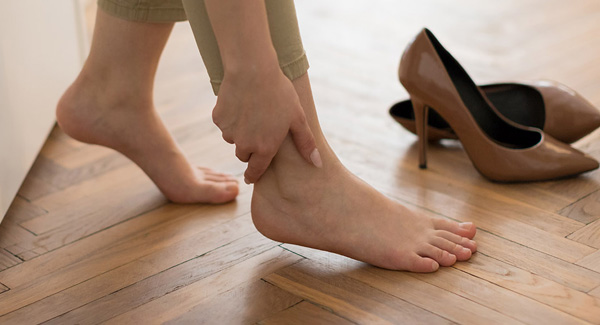 When Ankle Pain May Mean Arthritis

Learn about the various causes of ankle pain, including different kinds of arthritis.
Read More