Anatomy of the Spine – Upper Back, Lower Back and Neck

An inside look at the structure of the back.

When most people mention their back, what they are actually referring to is their spine. The spine runs from the base of your skull down the length of your back, going all the way down to your pelvis. It is composed of 33 spool-shaped bones called vertebrae, each about an inch thick and stacked one upon another.

Each vertebra consists of the following parts:

The body is the largest part of the vertebrae and the part that bears the most weight.

The lamina is the lining of the hole (spinal canal) through which the spinal cord runs.

The spinous process is the bony protrusions you feel when you run your hand down your back.

The transverse processes are the pairs of protrusions on either side the vertebrae to which the back muscles attach.

The facets are two pairs of protrusions where the vertebrae connect to one another, including:

The connection points between the vertebrae are referred to as the facet joints, which keep the spine aligned as it moves. Similar to other joints in the body, the facet joints are lined with a smooth membrane called the synovium, which produces a viscous fluid to lubricate the joints.

Located between the individual vertebrae, discs serve as cushions or shock absorbers between the bones. Each disc is about the size and shape of a flattened doughnut hole and consists of two parts:

Supporting the spine, while providing it flexibility, are ligaments (tough bands of connective tissue that attach bone to bone) and muscles. Two main ligaments are:

Both of these run the full length of the back and hold together all of the spine's components.

The two main muscle groups involved in back function are:

Although the spine is a continuous structure, it is often described as if it were five separate units. These units are the five different sections of the spine:

View All Where it Hurts Articles 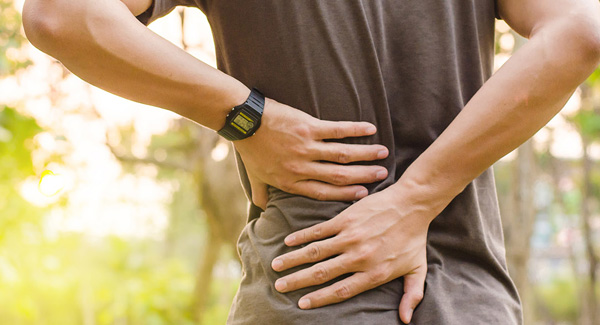 When Back Pain May Mean Arthritis

Learn about the various causes of back pain, including different kinds of arthritis.
Read More 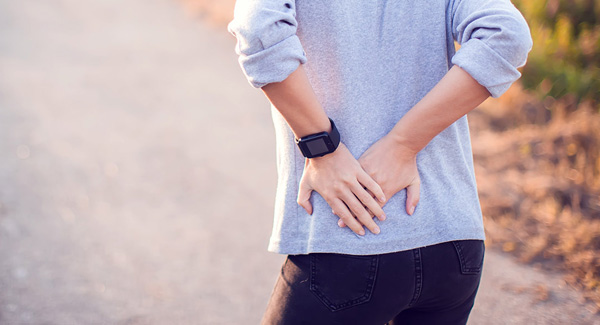 Anatomy of the Hip

An inside look at the structure of the hip.
Read More