The Microbiome’s Role in Rheumatic Diseases

Researchers explore the links between microbes in the body and autoimmune arthritis.

Your skin, gastrointestinal (GI) tract — even your lungs and toenails — are teeming with trillions of bacteria, viruses and fungi. Together, they’re called the microbiome. Most are essential for your health and well-being. They help digest food, synthesize vitamins, metabolize some drugs, detoxify carcinogens and they play a crucial role in training and regulating the immune system. In turn, the immune system has evolved to maintain a mutually beneficial relationship with a diverse and ever-changing cast of microbes. When the immune system-microbe alliance works, it protects against disease-causing organisms while allowing the body to peacefully co-exist with benign ones.

The microbiome and its role in autoimmunity and rheumatic disease has increasingly been a focus of research, which has led to both more understanding and more questions to be answered. At the 2021 annual meeting of the American College of Rheumatology, a number of speakers, including the following, discussed some recent findings.

The Microbiome, ERVs and Psoriasis

In her lab at the National Institute of Allergy and Infectious Diseases (NAID), Yasmine Belkaid, PhD, studies the interactions between the microbiome and immune system in the skin and GI tract. She and others have shown that the microbiome plays a major, though double-edged, role in controlling the body’s immune response in the skin and gut. The immune system protects against a constant stream of potentially lethal germs, but it can also go rogue, causing inflammation and autoimmune disease in some people.

Belkaid suggests that endogenous retroviruses (ERVs) — remnants of ancient retroviral infections that now make up 9% of our DNA — and T cells specific to the skin microbiome are responsible for both. Normally harmless skin bacteria, such as S. epidermidis, in partnership with ERVs defend against pathogens and help repair damaged tissue. But ERVs can also cause inflammation. For example, a diet high in saturated fat creates inflammatory responses to S. epidermidis by changing ERV expression. In mouse studies, just two weeks on a diet high in saturated fat changed skin cells from noninflammatory to inflammatory. Conversely, when humans with psoriasis adopted a ketogenic or vegan diet high in healthy, unsaturated fats for a few weeks, skin immune function significantly improved. Belkaid’s takeaway: “Nutrition can directly and indirectly control our immune system.”

The Microbiome and Methotrexate

A major problem in rheumatology is that patients vary in their response to prescribed drugs. Lots of factors contribute to these variations, including genes, the environment, diet, the state of the immune system at the time and other medications. New data suggests that the microbiome also contributes to variations in drug response, according to Renuka Nayak, MD, PhD, an assistant professor at the University of California, San Francisco. For example, digestive enzymes produced by gut bacteria can alter the effectiveness of some prescribed medications and make others toxic.

Dr. Nayak, whose research focuses on the gut microbiome in rheumatoid arthritis (RA) and other rheumatologic conditions, has been especially interested in learning whether gut bacteria help metabolize methotrexate — the first-line treatment for RA. She and her collaborators found that about one-quarter of the 45 types of bacteria they looked at actively metabolize the drug. They also discovered that bacterial communities vary widely, even among patients with RA. Their microbiomes differ from those of healthy people but also from each other.

People who don’t respond to methotrexate have microbes that metabolize the drug quickly, Dr. Nayak said. Patients who have a favorable response metabolize it more slowly. Some gut bacteria such as E. coli and Clostridium asparagiforme are also naturally resistant to methotrexate while other bacteria, including many species of Bacteroides, are more sensitive to it. In these cases, response to methotrexate depends on the makeup of a person’s microbiome.

Given this, Dr. Nayak said therapy can be tailored to individual patients using microbial profiling. “Right now, we just give everyone methotrexate and only find out after the fact if people are responders or nonresponders.”

Next up: Microbiome-based therapies that improve RA treatment.

The Microbiome, Diet and Psoriatic Arthritis

Jose Scher, MD, who directs New York University’s Psoriatic Arthritis Center and Microbiome Center for Rheumatology and Autoimmunity (MiCRA), is one of the nation’s leading experts on the microbiome. His 2013 study suggesting a link between the gut bacteria Prevotella copri and RA sparked an unprecedented interest in the role of gut and skin microbes in disease. That interest has led to thousands of studies and a growing understanding of how microbes and the immune system interact.

Because psoriasis develops five to seven years before psoriatic arthritis (PsA) in most patients, researchers like Dr. Scher have had a unique chance to study environmental factors that contribute to arthritis in people genetically prone to it. One common theme in a decade’s worth of animal and human studies: Disruption of a normal microbiome — dysbiosis — is found in most autoimmune rheumatic diseases, from PsA to RA and lupus. It also seems clear, at least in animal models, that too many inflammatory microbes or too few beneficial ones can trigger these diseases.

People with psoriasis and PsA not only have unhealthy gut and skin microbiomes, they also have low levels of protective short-chain fatty acids (SCFAs), which are produced when bacteria break down fiber. Scientists have known for at least a decade that SCFAs decrease inflammation in the gut via regulatory T-cells and, along with a high-fiber diet, improve inflammatory arthritis overall.

Dr. Scher said there’s no question that the microbiome is involved in psoriatic disease. The question is how to alter the microbiome to treat it. He described several options, ranging from fecal microbial transplants to the use of multiple or single strains of beneficial bacteria to changes in diet.

Experts agree, achieving a healthy, balanced gut microbiome can prove difficult, but the benefits may be great — including reduced arthritis symptoms.

Download this free E-Book: The Benefits of Good Gut Health. 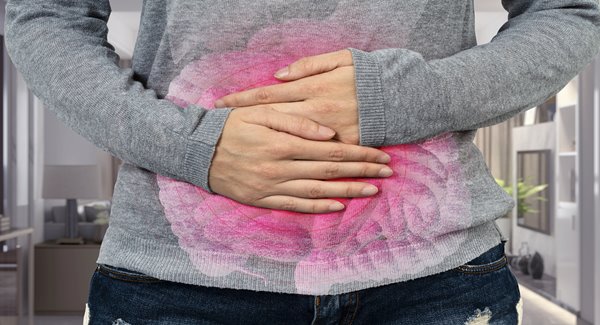 Learn about the gut microbiome, how it can impact overall health and arthritis symptoms.
Read More

Sjogren's Syndrome and Your Body

Learn more about Sjögren’s syndrome, an autoimmune condition, which can involve many organs and systems in the body and get tips for managing symptoms.
Read More

Sign Up
I Want to Contribute
I Need Help