Different types of arthritis can cause different kinds of pain.

There are more than 100 different forms of arthritis and related diseases. The most common types include osteoarthritis (OA), rheumatoid arthritis (RA), psoriatic arthritis (PsA), fibromyalgia and gout. Arthritis and related diseases can cause debilitating, life-changing pain in different ways. According to the Centers for Disease Control and Prevention, more than one-third of the adults who have arthritis report that it limits their leisure activities and work and 25% of them say it causes severe pain (seven or higher on a scale of zero to 10).

Just as there are different types of arthritis pain, there also are different treatments, both with and without medications. A tool such as the Vim app can help with pain management. For more options, read on.

In osteoarthritis (OA), a degenerative disease that affects the whole joint, the protective cartilage and fluid break down over time, making joint movement difficult and painful. Eventually, bones of the joint may rub directly against one another, causing severe pain. Inflammation is also involved in the process of OA, which most commonly affects knees, hips, hands and the spine.

Pain intensity varies from person to person. It can range from mild to moderate and may be manageable with drugs and regular physical activity. For some it can be debilitating, making any movement of the affected joint difficult, but continuing physical movement of any sort is known to help.

Nonsteroidal anti-inflammatory drugs (NSAIDs) can reduce pain and inflammation. Acetaminophen (Tylenol) alone may effectively ease pain with fewer gastrointestinal side effects than from NSAIDs. However, taking too much acetaminophen, which is an ingredient in many over-the-counter medications, can lead to liver damage. If OA pain is severe and relentless, see your doctor for other therapies that might be appropriate for you. In severe cases, surgery to replace the damaged joint may be the only effective treatment.

Non-medicinal pain relief has proven very beneficial for people with OA. These treatments include hot and cold therapy, topical rubs, physical therapy, and others.

In rheumatoid arthritis (RA), the body’s immune system is dysfunctional and attacks the tissues of the body’s own joints and other organs. The immune system normally triggers inflammation that protects a person from viruses, bacteria and other invaders. In people with autoimmune diseases like RA, inflammation becomes overactive and attacks healthy tissue — such as the lining of the joints, called the synovium, in the cases of RA and JIA. Persistent inflammation can eventually lead to permanent damage to joints and other organs and create worsening pain in the process.

RA typically affects parallel joints on both sides of the body, such as both knees or hands. It can also affect internal organs, including the liver, heart and eyes.

The process in juvenile idiopathic arthritis (JIA) works similarly to that in RA, but it’s important to note that JIA is not a child-sized version of RA. Like RA, it can affect more than joints, including internal organs and eyes. People with RA or JIA often experience disease flares, where symptoms including pain get worse for a period of time. Medications used to treat the diseases themselves, like disease-modifying antirheumatic drugs (DMARDs) and biologics, are often effective at easing pain, too.

Similar to RA and JIA, psoriatic arthritis (PsA) is an autoimmune inflammatory disease in which the immune system attacks the body, especially the skin and joints, causing skin rashes and pain. It typically occurs in people who have psoriasis, an autoimmune disease that creates red or silver scaly skin patches as the production of skin cells accelerates. These patches can be itchy or painful and they can become dry and cracked, causing more pain.

PsA can affect any joint. It may also affect the sites where tendons or ligaments attach to bones, called entheses. The inflammation of these areas, called enthesitis, commonly affects the heel or bottom of the foot and the lower back. Medications used to treat PsA, including DMARDs and biologics, may relieve pain. Additional skin treatments for psoriasis may be needed from a dermatologist.

Fibromyalgia is considered a pain disorder caused by a dysfunction of the central nervous system (CNS), including the brain and spinal cord. Fibromyalgia is characterized by widespread pain that may come and go or be constant. It’s believed that CNS signals are amplified in fibromyalgia, so that pain signals are heightened. A touch or movement that doesn’t affect most people may cause painful for someone with fibromyalgia (this is called allodynia), and something that is typically mildly painful may be extremely painful with fibromyalgia (a condition called hyperalgesia). Other possible symptoms include fatigue, sleep problems, inability to concentrate and mood troubles, all of which may intensify pain perception. Treatments include medications that target neurochemicals, such as drugs used as antidepressants or anticonvulsants (such as Lyrica). Nondrug treatments including exercise and acupuncture also can be effective.

Gout is a form of inflammatory arthritis, but it does not cause body-wide inflammation like RA or PsA does. In gout, high levels of uric acid are the problem. If your body produces too much uric acid or if you are unable to remove the excess fast enough, it can build up in the blood (called hyperuricemia), and excess uric acid can form crystals in joints. This results in extremely painful joint inflammation. Untreated, these crystals can form lumps (tophi) in affected joints or surrounding tissues. Gout usually strikes suddenly, often in the large joint of the big toe, but sometimes in other joints. With a gout flare, you can go to bed feeling fine and wake up with excruciating pain.

The initial flare is treated with NSAIDs, corticosteroids and an antigout drug called colchicine. To control gout after the flare subsides, uric acid-reducing drugs are used to treat and manage gout. Lifestyle changes, such as drinking more water and avoiding alcohol and purine-rich foods, can also help prevent future gout attacks.

Lupus, or systemic lupus erythematosus (SLE), is a complex autoimmune inflammatory disease that affects many parts of the body, including the joints, kidneys, skin, blood, brain and other organs. It can cause joint pain, headaches and chest pain as well as many other symptoms, including fatigue, hair loss, sensitivity to light, fever, rash and kidney problems.

A variety of different medications are used to treat lupus, which affects different people in different ways. Among them are NSAIDs, corticosteroids and DMARDs. Two drugs specifically approved to treat lupus are belimumab (Benlysta) and anifrolumab (Saphnelo).

Back pain, one of the most common reasons for doctor visits, may have countless causes, including several forms of arthritis and related conditions, such as ankylosing spondylitis, psoriatic arthritis, spinal stenosis and fibromyalgia. Most back pain, however, is the result of some type of injury, such lifting or bending improperly, a sports injury or an automobile accident. Nondrug therapies include heat and cold, exercise and stress management. Drug treatments depend on the cause, but may include NSAIDs, analgesics or DMARDs, including biologics. 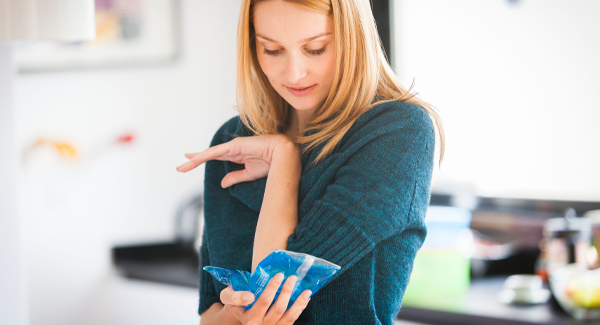 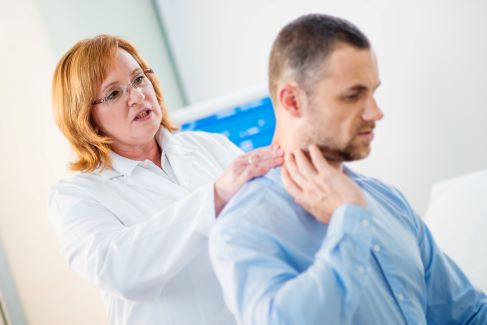 Get information about the mechanisms of pain in the body and how they may influence the arthritis pain you experience.
Read More