Treatments Worth Trying for Fibromyalgia

There are three FDA-approved drugs for use specifically as fibromyalgia treatments, and several used off-label (meaning it is used for but not FDA-approved for a condition). Though these drugs were originally developed for other conditions, they have also been proven effective for fibromyalgia. Doctors often prescribe other types of medications to treat fibromyalgia symptoms such as pain and fatigue, including:

When you’re exhausted and in pain, exercise might be the last thing on your mind. But, physical activity is very beneficial for people with fibromyalgia. Before you start exercising, talk to your doctor about which activities are best for you.

“The goal is to start low and go slow, in terms of increasing physical activity,” says Leslie J. Crofford, MD, chief of rheumatology and women’s health at the University of Kentucky Hospital in Lexington. “We tell people to start at their capacity – no matter how brief that is.”

To pace your exercise, try  to increase to a five-minute warm up; then 30 minutes of aerobic activity, such as walking; next a five-minute cool down; and finally a stretch. At that point, you’re ready to begin strength training.
In addition to pain relief, exercise has many other benefits for people with fibromyalgia.

“It may reduce fatigue, and it may boost confidence,” says Crofford. “People believe they can do other things if they can stick with an exercise program.”

Research shows that when a person in pain experiences stress, they feel more pain. In a 2004 study funded by the Arthritis Foundation and the National Institutes of Health (NIH), Laurence A. Bradley, PhD, a professor of medicine at the University of Alabama at Birmingham, and his colleagues compared the pain perception and neurologic responses of women with fibromyalgia to healthy women as they revisited stressful personal events.

Researchers applied heat to the women’s forearms. Even though all the women thought about equally stressful events, the fibromyalgia patients reported higher levels of pain from the heat.

“Teaching people to better cope with stressors may reduce the impact of those stressors on the perception of the unpleasantness they feel,” Bradley suggests.

Biofeedback is a mind-body technique used to teach people how to control involuntary body functions such as heart rate, blood pressure and muscle clenching.

“Biofeedback equipment gives a patient information about specific physiological functions so they can work to control those functions,” says Mark D. Litt, PhD, a professor of behavioral sciences at the University of Connecticut Health Center in Farmington, and researcher of biofeedback.

“My patients are given information about the state of chewing muscles along their jaw joint, the ones that make your mouth clench,” says Litt. “Through electrodes attached to the body, a machine lets people know when their muscles clench. People then try ways to lower the muscle tension. Most people find they can do it if they can find a way to relax. For example, some people go into mini trances, and some people count in their heads.”

When living with fibromyalgia, look at your life holistically, considering all the ways fibromyalgia affects your life. Here are a few adjustments and treatments to consider:

The Right Plan for You

No matter what you try, the most important thing is to find a plan that works for you, according to Stephen T. Wegener, PhD, an associate professor in the department of physical medicine and rehabilitation at The Johns Hopkins School of Medicine in Baltimore.

“It may be that different treatments work for different people,” Wegener says. “There’s considerable literature that [shows] if people choose and get the treatment they want, they tend to have better outcomes.”
Hello, 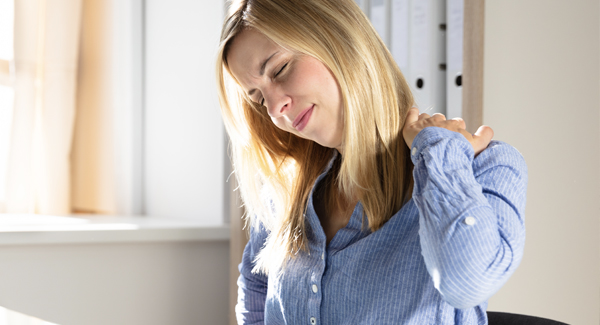