Fibromyalgia Medications are Not a Cure All

Explore the multifaceted therapies used for fibromyalgia treatment as recommended by researchers and doctors.

When dealing with the pain, fatigue and frustration of fibromyalgia, you might yearn for a magic pill. Unfortunately, studies show that it likely doesn’t exist. Instead, patients should explore various types of therapies to experience relief.

Currently only pregabalin, duloxetine and milnacipran are FDA-approved for use specifically as fibromyalgia treatments. There are other drugs that are used off-label (not FDA approved as treatments) that can be helpful in treating some fibromyalgia symptoms.

Although the approval of duloxetine, milnacipran and pregabalin might seem like progress in the treatment of fibromyalgia, studies suggest that for some people living with this condition, the medications either didn’t provide relief or were stopped due to side effects.

“Both physicians and patients should have realistic expectations about the potential benefit of these drugs,” says Winfried Häuser, MD, an associate professor of psychosomatic medicine at the Klinikum Saarbrucken in Germany. “Although patients may initially experience symptom relief with good tolerance, the majority will ultimately discontinue therapy because of inadequate response or unacceptable side effects.”

Side effects of pregabalin include weight gain, swelling, dizziness and drowsiness, among others. Both duloxetine and milnacipran have been known to cause nausea, drowsiness, dry mouth, constipation and increased sweating. Remember that medications affect everyone differently. It’s important to work with your doctor on weighing the benefits and risks of each of your medications.

“Even though I have had a few patients experience modest benefits from them, I rarely prescribe these medications,” says Robert Keenan, MD, MPH, an assistant professor of rheumatology at Duke University School of Medicine. “Many of my patients experience significant weight gain and other side effects that counteract any benefit they might see otherwise.”

Other Drugs Used to Treat Fibromyalgia

In addition to the FDA approved drugs, doctors also use other medications to treat fibromyalgia by managing symptoms such as pain, fatigue and sleep challenges, including:

A Multidisciplinary Approach is Best

“In the absence of a single gold standard medication, patients are treated with a variety of drugs from different categories, often with limited evidence,” Dr. Häuser says.

If a patient isn’t responding to drug treatment after four weeks, it should be stopped. Dr. Häuser believes physicians should be discouraged from treating fibromyalgia with medication alone and should also incorporate exercise and counseling into their approach.

Carmen Gota, MD, a rheumatologist at the Cleveland Clinic in Ohio agrees that a multidisciplinary approach is essential in treating fibromyalgia patients.

“Drugs alone are not sufficient,” Dr. Gota says. “You have to look at the whole patient and combine treatment with aerobic exercise and a comprehensive approach that includes cognitive-behavioral therapy and occupational therapy.”

Although studies show that a well-rounded plan helps fibromyalgia patients, Dr. Keenan says that in many of his patients, their attitude is their best asset.

“My patients with a positive mental approach to their fibromyalgia typically do better than those who focus on the negative,” says Dr. Keenan. “A good attitude can take you a long way.”

Learn about medications used to treat fibromyalgia symptoms and how they can help reduce pain and fatigue and improve sleep.
Read More 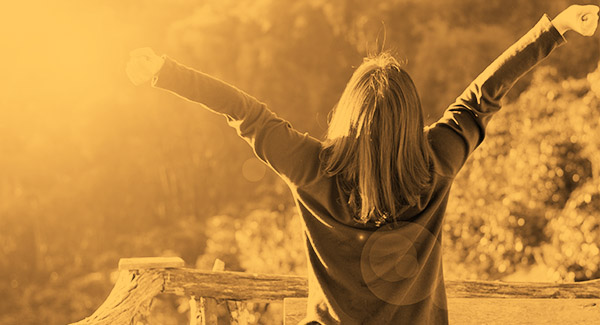 Having goals can help you manage your arthritis and get you back on track.
Read More

Here’s a look at various drug delivery methods for arthritis medications your doctor may prescribe to treat your arthritis and its symptoms.
Read More