Get first-hand advice about deciding whether to tell someone you have arthritis.

You may fear you’ll be treated differently once people know you have arthritis, or you may simply dread the question, “What is arthritis?” However, riding the emotional ups and downs of arthritis can be easier when you talk about it with family, friends and even co-workers. Some may be able to offer arthritis help and advice.

Alex Shikhman, MD, a San Diego rheumatologist, says the majority of his patients opt to stay quiet about their arthritis in the workplace for fear it will adversely affect their job status.

“They worry that they will get discriminated against at work and that it will affect their health insurance premiums,” says Dr. Shikhman.

Several factors can influence people’s openness, including what type of arthritis they have, how severe it is, and what their social environment is like, says Mark Lumley, PhD, Director of Clinical Psychology Doctoral Training at Wayne State University in Detroit. Working with arthritis patients, he found that those with a more common and understood disorder – osteoarthritis, for example, as opposed to fibromyalgia  – tend to disclose more often.

To explore how this personal decision can play out in everyday life, the Arthritis Foundation asked three people to share how they told others.

Sally* is a successful public relations and marketing manager, who doesn’t let her rheumatoid arthritis (RA) stop her from running, biking and playing tennis. Diagnosed at age 20, Sally experienced periodic flares for a couple of years but is now enjoying a remission. “I have it in my small joints: fingers, wrists, toes, elbows. Every now and then I have a flare and my toes will be stiff, or one finger is really irritating,” she says.
Sally gets the arthritis help and support she needs from her family and close friends, including her boyfriend of five years. It’s just easier to keep quiet about her condition when she’s around most other people. “It isn’t something I want to broadcast,” she says. “I just don’t want to be judged differently.”

Since her arthritis is manageable at this point in her life, Sally does not share her condition with her boss and co-workers. She doesn’t want a stigma attached to who she is in the workplace, but she acknowledges that her decision to remain quiet with her employer could change if her condition worsened.

An expert says: According to Lumley, it’s understandable that Sally would opt to remain quiet about her condition, given that it’s manageable at this time.
“For a lot of people, when it hurts to shake hands or open a jar, they start to develop strategies to share their condition with people,” he says. “But when it’s only an internal experience, a lot of people choose not to talk about it.”

Paramedic Fire Fighter Rick* remembers nearly 10 years ago when throbbing pain in his hands would regularly awaken him at 2 a.m. The pain sometimes meant he couldn’t do his job the way he once had, like not being able to work the nozzle (of the hose), or administer shots to sick patients.

When he was diagnosed with RA, Rick was relieved to know what had been causing the pain, but still didn’t share the condition with his fire chief and fellow firefighters. He worried how it could affect his job status.
He found he was more open at his church, where he was no longer able to play guitar in one of the music groups. “People got to know about my RA because I was having to back off activities that I’ve always done,” he says.

Once his arthritis better controlled, he felt more confident about sharing the news with those at work. “I’m up front with the folks here at the station,” says Rick. “It’s a good way to educate them on the medications and how they’ve helped me. It’s also opened up the communication lines with other friends and patients, too.”

An expert says: “If people know what’s going on with you, they can be more tolerant and supportive of you,” says Ken Wallston, PhD, professor of psychology at Vanderbilt University School of Nursing in Nashville.
“And you generally feel better with social support. If you’re having a bad day, for example, people understand and they may be more likely to give help.”

Jessica* has only known life with arthritis. She was diagnosed with juvenile arthritis and uveitis (inflammation of the eye that can lead to blindness) at nine months old. Two years ago, Jessica had surgery on her left eye, which caused her vision to worsen. A recent flare caused additional vision loss, but she continues to see well with corrective lenses.
The people Jessica is closest to know she has arthritis, “But I don’t want to talk with everyone about it.” When she has told other people, it always requires a long explanation, which she hates telling again and again. Sticking with her core group is easier for her.

Jessica admits that she disagrees with her mom over her decision not to tell people. “My mom doesn’t quite understand why I don’t tell more people. She tells all of her friends, and I get mad at her because I don’t necessarily want everyone knowing,” says Jessica. “I try to be patient with her. I know she just wants to make sure I have someone to confide in.”

She also says she won’t be sharing it with her employer anytime soon because she doesn’t want it to be seen as a disability. Aside from going to doctors appointments, it doesn’t affect her work. “On a day-to-day basis I am pretty good. Sometimes it’s hard to grip things first thing in the morning. But it’s not debilitating – knock on wood – because I know that could change at any time.”

An expert says: As Jessica has discovered, keeping quiet can put a strain on relationships when a loved one has differing opinions about whom to tell. There can also be relationship implications if you decide to not tell family or friends who wonder why you didn’t say something sooner. “They may ask, ‘Why did you wait so long? Don’t you trust me?’” Lumley says.

While she may not be as forthcoming as her mother wishes her to be, Jessica has acknowledged that she shares with those closest to her, which is a smart move. Jessica could deepen her relationships if she pushed herself a bit out of her comfort zone, says Lumley, who believes people on average tend to do more hiding than they should.
“Challenge your fears,” he says. You’re likely to be pleasantly surprised that you’re accepted and loved just the way you are.”

*Names have been changed to protect the privacy of individuals in this story.

New Arthritis Diagnosis: Who to Tell

Knowing who to tell and how much about your new arthritis diagnosis can be overwhelming. These tips can help.
Read More 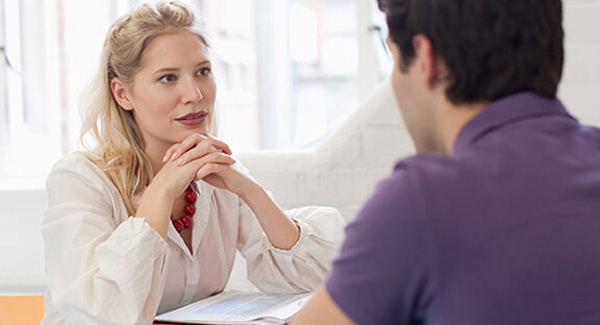 Telling a New Partner About Your Arthritis

Dating can be challenging for anyone, especially when telling your new partner that you have arthritis. Use these nine tips when making the big reveal.
Read More