Ending a Pregnancy When You Have Arthritis

Women with rheumatic diseases, like lupus or rheumatoid arthritis, have a concerning number of unplanned pregnancies, despite the risks their disease and medications may pose, according to research. Yet there are no data-based guidelines to help doctors who care for them.

Although pregnancy can be riskier for women with rheumatic diseases, they have about the same rate of abortions as the general population. This suggests similar rates of unplanned pregnancies, even though these can be dangerous for both mother and fetus.

“These findings are concerning, as unplanned pregnancies in these patients could lead to adverse maternal and fetal outcomes,” wrote the authors of a Canadian study of more than 2,500 women with lupus.

Abortions do not seem to be associated with worsening disease or complications, but both pregnancy and certain medications taken for the disease are. Pregnancy is especially risky for lupus patients who have heart, lung or kidney disease or a history of life-threatening high blood pressure called pre-eclampsia. When these conditions are severe, doctors may recommend ending the pregnancy.

Pregnant women with autoimmune disease end a pregnancy in most cases due to serious health risks to themselves or the fetus, in some cases because they take the arthritis drugs methotrexate, mycophenolate mofetil or thalidomide, which cause birth defects.

Despite this, researchers see some concerning trends, especially with lupus and pregnancy. For example, a 2021 study found that women who have lupus had abortions at about the same rate as other women — and women with lupus who took drugs known to cause birth defects had fewer abortions than those who didn’t take them. 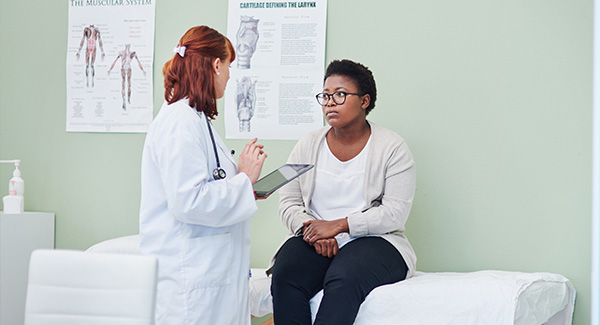 The American College of Rheumatology (ACR) and European League Against Rheumatism (EULAR) have extensive reproductive health guidelines, covering everything from family planning to in vitro fertilization (IVF). But there are no evidence-based guidelines for ending a pregnancy. To try to identify and potentially fill those gaps, Canadian researchers looked at factors that health care providers should consider when advising patients about abortion. The study was published December 2021 in Arthritis Care and Research.

What You Should Know

If you decide to end a pregnancy, it’s important to know the different options, their safety and effectiveness as well as potential risks and complications.

The other medication regimen uses a combination of methotrexate and misoprostol. Methotrexate is not an option if you have liver or kidney disease or bone marrow problems. Also, there are no guidelines on what to do when a patient who takes methotrexate for an inflammatory disease also needs it to end a pregnancy. Patients in some states that have abortion bans have reported having trouble getting their methotrexate prescriptions refilled, and some pharmacies in those states are now requiring the prescriber to identify the condition it’s being prescribed for.

Pill abortions aren’t recommended if you take blood thinners, like warfarin, or have severe anemia or thrombotic antiphospholipid syndrome (APS), a blood clotting disorder that affects some people with lupus. The risk of hemorrhage with pill abortions is eight times higher than for surgical abortions.

Surgical abortions can safely be performed in the first and second trimesters and are 98% effective. They cause fewer complications than abortion pills and take less time — 10 to 30 minutes instead of about 24 hours. There’s little risk of infection with surgical abortions, though it’s not known if the risk is higher in immunocompromised people. Surgical abortion is now banned completely or partially in a number of states.