Can Antidepressants Help People With Arthritis?

These medications may help certain people with mood and pain problems if other measures fail.

Depression and anxiety affect about one in five U.S. adults with arthritis, according to the Centers for Disease Control and Prevention, but it isn’t clear why some people struggle with mood disorders and others don’t.

Chronic pain, fatigue, co-existing health problems, lifestyle and socioeconomic factors all may play a part. And inflammation, which causes symptoms in rheumatoid arthritis, psoriatic arthritis, lupus and other rheumatic conditions, might also cause inflammation in the brain. The reverse may also be true: Depression has been associated in research with an increased risk of developing inflammatory arthritis. Depression can also make arthritis pain feel worse and contribute to sleep troubles, poor diet, lack of exercise, failure to take arthritis medications regularly, poor treatment outcomes and a lower quality of life overall.

Treatments including moderate-intensity exercise, an anti-inflammatory diet and mindful meditation may help relieve relatively mild arthritis pain and other symptoms and boost mood, too. In addition, the CDC recommends that rheumatologists refer all patients to self-management programs, where they can learn to manage pain and stress.

For those with more severe symptoms, especially from autoimmune, inflammatory forms of arthritis, reducing inflammation is key, and a growing number of studies suggest easing inflammation may ease depression, too. According to a 2020 analysis of 30 randomized controlled trials, anti-inflammatory drugs and omega-3 fatty acids may effectively treat major depressive disorder.

Although many are reluctant to talk about their mental health — as are doctors in many cases — if you’ve been feeling hopeless, disinterested, having suicidal thoughts or other signs of depression, it’s important to be screened for depression. If your doctor doesn’t offer one, request one. A psychiatrist or other mental health professional can help determine whether your mood warrants medication.

Having arthritis and its symptoms come with many difficulties that can affect one’s mental and emotional state. Antidepressants are often prescribed after other measures haven’t helped ease one’s low mood or depression. And many don’t require medication.

“Some patients aren’t depressed. They get demoralized because they’re suffering from rheumatoid arthritis,” explains Glenn Treisman, MD, PhD, professor of psychiatry and medicine at Johns Hopkins Medicine. “That doesn’t respond to antidepressants. It responds to support and time.”

Other experts are equally cautions, noting that antidepressants may relieve symptoms but not resolve deeper physical and psychological problems.

Second-generation antidepressants, including selective serotonin reuptake inhibitors (SSRIs) such as citalopram (Celexa), escitalopram (Lexapro) and fluoxetine (Prozac), and serotonin and norepinephrine reuptake inhibitors (SNRIs) such as desvenlafaxine (Pristiq) and duloxetine (Cymbalta) are the most commonly prescribed antidepressants. They work by altering levels of brain chemicals like serotonin and dopamine and by changing the way nerve cells communicate. These drugs can be effective against depression, and may also help anxiety, both of which are more common in people with arthritis than in the general population.

Although antidepressants weren’t designed to relieve pain, some may have this effect. Duloxetine and venlafaxine (Effexor XR) treat both depression and chronic pain.

Two antidepressants — duloxetine and milnacipran (Savella) — are among the three drugs FDA-approved to treat fibromyalgia, an arthritis-related condition. Fibromyalgia is characterized by widespread pain and often accompanies other forms of arthritis, including rheumatoid or psoriatic arthritis or ankylosing spondylitis. Drugs used to treat it, including antidepressants, alter brain chemicals or overactive nerve cells to turn down pain volume through the central nervous system.

Some rheumatologists prescribe antidepressants, while others refer their patients to mental health or pain management specialists. The side effects depend on the drug, but typically antidepressants can cause:

Before you take any new medication, it’s important to discuss possible side effects and interactions with your doctor. Antidepressants increase the risk of suicidal thoughts in some teens and young adults, and people of any age should be monitored while taking them. Antidepressants are off limits for those with bipolar disorder.

According to the American Psychological Association, many older adults prefer psychotherapy to antidepressants, and this is reflected in new APA guidelines, which recommend group cognitive behavioral therapy (CBT) as the first depression treatment for people over 60. 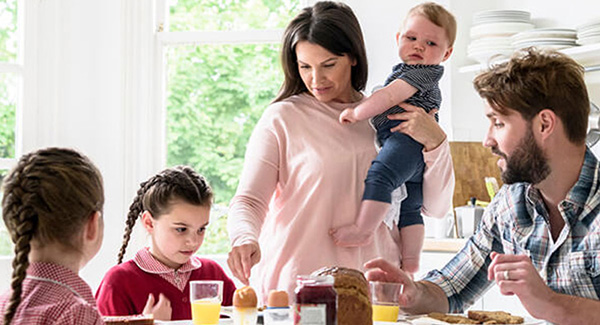 9 Tips for Better Mornings with Arthritis

Use these 9 tips to manage your morning arthritis pain.
Read More