Diabetes is common but preventable if you have RA.

Some reports say that having rheumatoid arthritis (RA) increases your risk of type 2 diabetes by 50%. It’s an eye-popping statistic, but is it true?

“The data are kind of mixed,” says Scott Zashin, MD, a rheumatologist and professor at the University of Texas Southwestern School of Medicine in Dallas.

An analysis of 36 studies, published in 2017 in the journal Medicine, clears up some of the confusion. The study concluded there’s little evidence that RA causes diabetes or the reverse. But it also said the two diseases are comorbidities – conditions that occur in the same person at the same time. The common thread seems to be inflammation.

The Role of Inflammation
Inflammation is the driving force behind many major disorders – including asthma, heart disease, inflammatory bowel disease and some cancers. However, we shouldn’t assume that inflammation from one disease triggers other inflammatory conditions. It’s just as likely that these various disorders stem from whole-body inflammation.

Systemic inflammation usually starts when your immune system pumps out inflammatory proteins (cytokines) when they’re not needed. Although how they work are different, RA and type 2 diabetes seem to be driven by the same cytokines, especially tumor-necrosis factor (TNF). This may explain why a few studies have found a link between treatment with TNF blockers and a slightly lower diabetes risk.

TNF: Friend and Foe
Your body releases TNF when you’re hurt or have an infection. It acts as a troop leader, recruiting other cytokines into action. This creates an “inflammatory cascade” that’s important for wound healing and fighting off serious infections. But when TNF is produced for no good reason or there’s too much of it, inflammation becomes destructive.

In RA, this happens when immune cells invade your joints and start churning out TNF (or other inflammatory proteins). This can cause inflammation that not only damages and destroys joint cells but cells in other parts of your body, too. In type 2 diabetes, TNF is mainly produced in fat cells. The inflammation that results makes your cells more resistant to insulin – the hallmark of the disease.

So what causes inflammation in the first place? Newer studies point to disruptions in the microbes – bacteria, yeasts and fungi – that play critical roles in regulating the immune system.

Warning Signs and Screening
American Diabetes Association guidelines suggest that most adults over age 45 get tested for diabetes every three years. However, a 2018 study published in Journal of Rheumatology found that RA patients were not being screened as recommended, even though they are at increased risk of having diabetes.

That’s a problem because type 2 diabetes often doesn’t cause symptoms. Some people have it for years before they’re diagnosed.

When symptoms do occur, they may include:

If you notice these symptoms or haven’t been screened in the last three years, your doctor should test you for diabetes.

Risk Factors
The biggest risk factors for type 2 diabetes are:

When you have RA, your risk increases further if:

People with RA who have traditional risk factors like obesity are more likely to develop type 2 diabetes than people with the same risk factors who don’t have RA. Body-wide inflammation may be the key that ties them together.

Preventing Type 2 Diabetes
It’s possible to prevent type 2 diabetes and sometimes to reverse it. Here’s how:

Treating RA and Type 2 Diabetes
For many people, type 2 diabetes can be treated with weight loss, exercise and healthy eating. If lifestyle changes aren’t enough, your doctor may prescribe a diabetes drug, especially if your blood sugar levels are very high or you have other health problems. But that doesn’t mean your RA medication regimen is likely to change.

“Treating a person who has RA and diabetes isn’t much different from treating a person with RA alone,” says Paula Rackoff, MD, a rheumatologist and clinical associate professor at NYU Langone Health in New York City. “With common medications like methotrexate and hydroxychloroquine, we usually don’t adjust the dose unless the patient has liver or kidney disease, which makes drugs harder to clear. We try to avoid steroids because they raise blood sugar levels,” she explains.

Taking disease-modifying antirheumatic drugs (DMARDs), especially biologics, poses more of a problem. These drugs increase the risk of infection, which is already higher in diabetes and RA. Clifton O. Bingham III, MD, who directs the Johns Hopkins Arthritis Center in Baltimore, says it’s important for patients to be vigilant about preventing infection and to get immediate treatment for symptoms like a cough with phlegm (mucus), nasal congestion and fever.

Dr. Rackoff says it’s also important to check cholesterol levels and other factors that contribute to heart disease, since both RA and diabetes can increase the risk of heart problems.

Most of all, she stresses the importance of exercise. “Exercise is really crucial for RA, diabetes and heart disease. Put an exercise bike in the bedroom. You can’t get hurt, and there are no excuses,” she says.

American Diabetes Association. Standards of medical care in diabetes —2018. http://diabetesed.net/wp-content/uploads/2017/12/2018-ADA-Standards-of-Care.pdf
Brunkwall L and Orho-Melander M. The gut microbiome as a target for prevention and treatment of hyperglycaemia in type 2 diabetes: from current human evidence to future possibilities. https://www.ncbi.nlm.nih.gov/pmc/articles/PMC5423958/

Dong Q, et al. Diabetes mellitus and arthritis: is it a risk factor or comorbidity?: A systematic review and meta-analysis.  https://www.ncbi.nlm.nih.gov/pmc/articles/PMC5419905/ 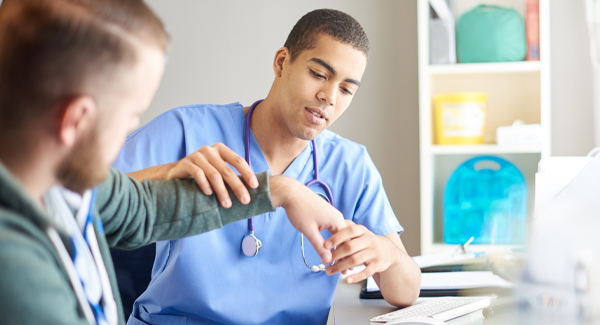 Rheumatoid arthritis is an inflammatory type of arthritis that can cause joint pain, swelling and damage. Learn what causes RA and how to treat it.
Read More

The Link Between Arthritis and Diabetes

Find out what the science says about the link between arthritis and diabetes.
Read More 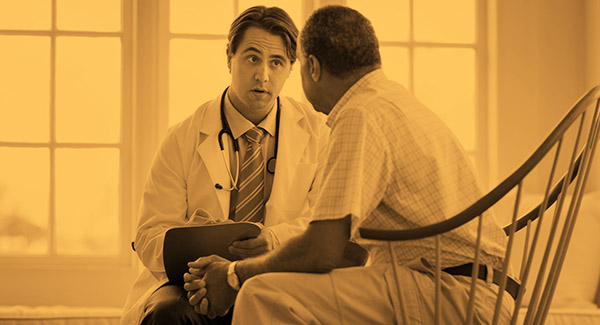 Learn more about studies exploring the relationship between diabetes and knee surgery outcomes for people who also have arthritis.
Read More

Live your best with RA by connecting with local experts and meeting others with RA who can help.
Learn More
I Want to Contribute
I Need Help