A Different Approach to OA Research

Although exercise and weight maintenance are known to help osteoarthritis (OA) symptoms, it’s difficult for patients to stick with these measures, and most fail in the long run. Furthermore, most drug therapies provide only temporary relief from pain and other symptoms. And while joint replacement surgery can be an effective OA treatment, such invasive surgery carries risks and is not always successful.

Scientists have long been searching for novel drugs to treat OA, but the process for developing new drugs is typically complex, lengthy, expensive and has a low success rate.

Reza Jafarzadeh, PhD, an assistant professor of medicine and member of the Arthritis & Autoimmune Diseases Research Center at Boston University, is taking a different approach. With financial support from the Arthritis Foundation, he and his team are using health record databases of patients over time to try to find existing drugs that could be repurposed to treat OA. 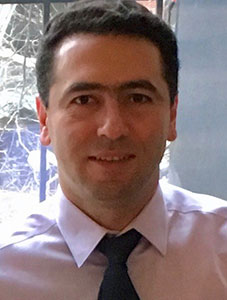 This is not a new concept. In fact, two of the most common rheumatoid arthritis (RA) drugs, methotrexate and hydroxychloroquine, were originally used for other conditions. Most RA patients have been prescribed methotrexate at some point, but the drug it has its roots as a treatment for pediatric leukemia. Researchers noticed that when the drug was used for leukemia, it also had an effect on connective tissue, which is a major factor in RA. So, they studied using the medication in adults with RA. Its success led to the widespread use of methotrexate for RA. Similarly, hydroxychloroquine (Plaquenil) was used to treat malaria before it, too, was found to be effective for inflammatory forms of arthritis.

While doctors and researchers observed effects of these drugs, which led them to think the drugs would also help RA, Jafarzadeh is using a more systematic approach to finding drugs that might work for OA. Having a particular research interest in the application of modern analytical techniques to estimate causal effects, he is exploring longitudinal patient databases to find out if certain drugs used for one purpose might also affect another condition.

He already has some promising leads. Many drugs target some part of the inflammatory process or help relieve pain — both of which are key factors in post-traumatic OA. (Post-traumatic OA results from an injury, like a fracture, and develops relatively quickly so is easier to track and study). So Jafarzadeh hypothesizes that one of these drugs might be effective for OA.

In studies of lab animals with joint injuries, scientists have found that mast cells — a type of cell in connective tissue — play a critical role in the disease process of OA. Mast cells also build up in the joint lining of humans with a joint injury. Drugs that inhibit mast cells are already used for other diseases, including asthma. So, could they also play a role in preventing or slowing joint inflammation from OA?

Similarly, certain drug classes that block pain perception also have potential for OA, including beta blockers used for cardiovascular disease and glutamate receptor antagonists, which work in the brain to prevent seizures — in Parkinson’s disease, for example.

The $300,000 the Arthritis Foundation has invested in this research through the end of 2023 will help Jafarzadeh review two large patient databases to look for links in these drug classes to determine if they have potential for treating post-traumatic OA.