A combination medications and non-drug therapies is the most effective approach to combat symptoms and possibly achieve remission. Learn about the disease modifying drugs.

Rheumatologists often talk about high and low disease activity in ankylosing spondylitis (AS) and other types of inflammatory arthritis. This is a way of describing the amount of inflammation you have at any given time. It’s an important concept because it helps guide treatment, especially when you’re first diagnosed.

Doctors use a relatively simple formula to calculate disease activity. You rate your back pain, morning stiffness and overall health on a 10-point scale. This is combined with your doctor’s assessment and results of a blood test that checks for an inflammatory marker — usually C-reactive protein (CPR). A higher score indicates more inflammation and therefore more active disease.

No matter how much inflammation you have initially, the goal is the same: to achieve remission, which is the complete absence of signs and symptoms of AS. The next best option is very low disease activity, or what David Borenstein, MD, a rheumatologist and professor of medicine at The George Washington University Medical Center in Washington, D.C., calls “basically normal.” For most people, the best way to reach those goals is with a combination of physical therapy (PT), exercise and medication.

Exercise is essential for everyone with arthritis, but it’s even more vital in AS, especially if you have high disease activity. It can dramatically relieve pain and stiffness and is the only way to maintain flexibility, strength and normal posture. You’ll likely work with a physical therapist who may recommend a variety of exercises, including aerobic activities, strength training and stretching. “Exercise and physical therapy have lasting, long-term positive outcomes,” says Bella Mehta, MD, a rheumatologist at Hospital for Special Surgery in New York City.

When it comes to medications, most people with AS start out taking nonsteroidal anti-inflammatory drugs (NSAIDs) like ibuprofen (Advil, Motrin) or naproxen (Aleve). These over-the-counter medications may even be disease-modifying in AS — that is, they might stop the disease from getting worse. They’re usually the only drugs needed for low disease activity. But for higher inflammation levels, you may need to switch to more aggressive therapy with a tumor necrosis factor (TNF) blocker.

These powerful — and high-priced — biologic drugs target tumor necrosis factor, a protein that causes inflammation. The FDA has approved five anti-TNF drugs for AS, but doctors tend to prescribe either adalimumab (Humira) or infliximab (Remicade) first. If they don’t help, your doctor may try a second or even a third TNF blocker.

Doctors usually give these drugs a three-month trial, but according to Dr. Borenstein, it can take longer.

Dr. Borenstein is a big believer in getting patients to complete remission or as low disease activity as possible. But he also says it’s important to weigh the toxic effects of medications against the desire to wipe out every last bit of inflammation.

A newer type of biologic blocks an inflammatory cytokine called interleukin-17 (IL-17). If you haven’t had luck with anti-TNF drugs, your doctor may try one of these next. Two have been approved to treat AS — secukinumab (Cosentyx) and ixekizumab (Taltz). For very high disease activity, you may even go right to an IL-17 blocker and bypass anti-TNFs, which have not proven as effective for ankylosing spondylitis as they have been for other types of inflammatory arthritis.

The First Medications for Axial Spondyloarthritis

Understand your treatment options when you are first diagnosed with axial spondyloarthritis (axSpA), including ankylosing spondylitis (AS)
Read More 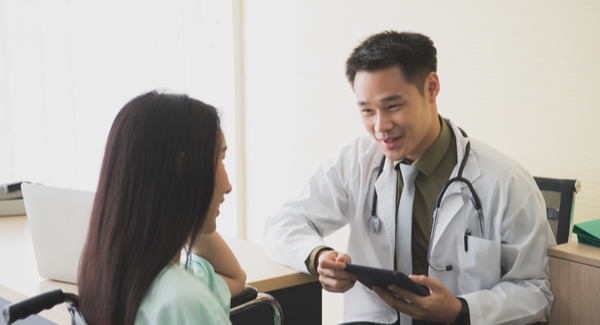 Whether you have ankylosing spondylitis or nonradiographic axial spondyloarthritis, treatment can slow the disease and make you more comfortable.
Read More