Learn what types of imaging scans are most effective in detecting and monitoring RA.

For decades, X-rays were used to help detect rheumatoid arthritis (RA) and monitor for  worsening bone damage. In the early stages of RA, however, X-rays may appear normal although the disease is active, making the films useful as a baseline but not much help in getting a timely diagnosis and treatment.

Newer imaging techniques like musculoskeletal ultrasound (MSUS) and magnetic resonance imaging (MRI) have changed the picture. Both can pick up inflammation and bone erosion not visible on X-rays. This is especially important because early diagnosis and treatment can help forestall future joint damage.

RA is diagnosed based on a physical exam, medical history and certain lab results. Imaging tests aren’t diagnostic themselves but can support other findings, explains rheumatologist Flavia Soares Machado, MD, of the Universidade Federal de São Paulo school of medicine in Brazil.

“You can see the same bone erosion and synovial lining changes in other rheumatic diseases, such as lupus and psoriatic arthritis (and also in asymptomatic volunteers). So the clinical history and physical examination are still important, with careful evaluation of the pattern of joint involvement and some blood tests to make the diagnosis,” she says.

A 2016 review found that in 13 out of 15 studies, MSUS improved diagnosis of early RA when added to lab tests and a physical exam. It was particularly useful for spotting early signs of RA in people who were seronegative, meaning their blood tests lack antibodies that help confirm the disease.

One of the benefits of MSUS is that it’s convenient; most rheumatology offices have an ultrasound machine so the test can be performed and the results interpreted at the time of your physical exam. MSUS is also painless, non-invasive and costs considerably less than MRI, though it’s more expensive than X-rays.

Like MSUS, MRI is better at detecting inflammation than X-rays or a physical exam and can help support an RA diagnosis. It can also assess all the joints in your body at once. But MRI has several major drawbacks compared with other imaging tests:

For these reasons and because MSUS and MRI are comparable in their early-detection abilities, the European League Against Rheumatism (EULAR) no longer recommends MRI for diagnosing RA except in the most challenging cases. The American College of Rheumatology (ACR) recommends MSUS only.

Studies suggest that MSUS and MRI can help predict disease progression, response to treatment and the chance of a flare when medication is tapered or stopped. One study of 109 people with RA found that changes seen on MRI as soon as one month after starting treatment could accurately predict disease progression a year later. Standard measures of RA activity like the Disease Activity Score (DAS) didn’t perform nearly as well.

Other studies suggest that MSUS can help predict whether patients will stay in remission when their medication is tapered or stopped. In one study, patients were significantly more likely to relapse when MSUS scores rose within three months of stopping medication.

Both MSUS and MRI get failing grades when it comes to treat-to-target (T2T) therapy. With this common strategy for treating RA, you and your doctor identify a goal, such as remission or low disease activity, and set targets to help you get there. You’re checked often with lab tests and physical exams to see if you’re meeting these targets. Many studies have shown that more-expensive therapy guided by imaging tests doesn’t improve remission rates or disease progression compared to traditional T2T, which doesn’t use imaging.

The results of one study of MRI and T2T involving 200 patients have recently been questioned, however. This isn’t unusual; outside experts often see problems researchers themselves fail to recognize. In this case, the critics’ comments are compelling, so MRI as a tool in T2T may get a second look. In the meantime, the data — and price tag — don’t support using it. 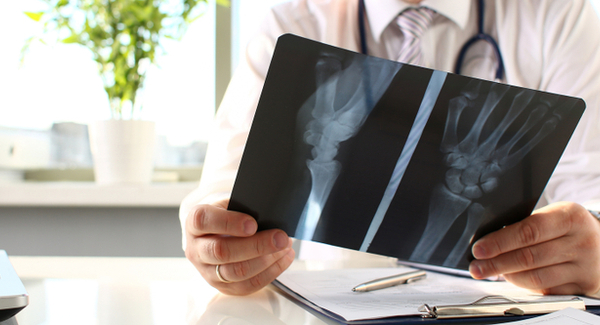 Learn about the various imaging and nerve tests such as X-Rays and MRIs doctors use to diagnose and monitor arthritis.
Read More