The Connection Between Gluten and Arthritis

If you have celiac disease or a gluten sensitivity, changing your diet may help ease arthritis symptoms.

Joint pain and inflammation can be common symptoms for the estimated 3 million adults and children in the U.S. who have celiac disease (CD) and possibly for millions more who may be sensitive to gluten. But what if you have arthritis? Will a gluten-free diet help? Doctors are still debating this point, but some experts say it might.

What is Celiac Disease?
Like many types of arthritis, celiac disease is an autoimmune disease. With these disorders, the immune system mistakenly attacks healthy tissue instead of viruses, bacteria and other pathogens. In people who have CD, gluten – a complex of proteins found in grains such as wheat, barley and rye – triggers a powerful autoimmune response that damages the small intestine and affects its ability to absorb nutrients. This can lead to gastrointestinal symptoms, such as diarrhea, abdominal pain and bloating.

People who are sensitive to gluten can have symptoms anywhere in the body when partially digested fragments leak from the intestine into the bloodstream, says Alessio Fasano, MD, who directs the Center for Celiac Research at Massachusetts General Hospital in Boston.

“Unlike other proteins, we don’t digest gluten completely,” he says. “In some people, the immune system sees gluten as the enemy and will unleash weapons to attack it, causing inflammation in the intestines as well as in other organs and tissues."

This can cause serious problems outside the gut, including weight loss, anemia, osteoporosis, infertility and miscarriage, skin rashes, headache, depression, fibromyalgia and joint pain. This is partly due to inflammation and partly due to poor absorption of vital nutrients.

Getting a CD Diagnosis
Celiac disease is diagnosed with a blood test that looks for antibodies to gluten. Antibodies are proteins produced by the body's immune system when it detects harmful substances. If the test is positive, it's followed by an endoscopic biopsy to check for small intestine damage.

"The inside of a healthy small bowel resembles a deep-pile carpet, but in untreated celiac disease, it looks like a tile floor," explains Joseph A. Murray, MD, who directs the Celiac Disease Program at Mayo Clinic's campus in Minnesota. CD damages villi – finger-like protrusions that aid in the absorption of nutrients from the small intestine – and prevents them from doing their job.

Although awareness of CD has never been greater, it remains underdiagnosed. One reason is that CD symptoms are subtle and can look like many other things, from irritable bowel syndrome and migraines, to arthritis. Another is that a growing number of people with CD don't experience classic gut problems, and a few with severe intestinal damage have no clinical symptoms at all. It can take five to seven years for some patients with celiac disease to be diagnosed.

So, people with autoimmune conditions like rheumatoid arthritis (RA) or type 1 diabetes should talk to their doctors about being screened for CD, says Dr. Murray.

Gluten Sensitivity
Less is known about gluten sensitivity. People who are gluten sensitive have a different type of immune response to grain proteins, says Rochelle Rosian, MD, a rheumatologist at Cleveland Clinic. They don't develop antibodies to gluten or have small intestine damage, but they do have CD symptoms, especially outside the gut. But since there is no test for gluten sensitivity, some doctors are skeptical of it.

"There is controversy among experts and in the literature as to whether non-celiac gluten sensitivity actually exists," says Maria Vazquez Roque, MD, a gastroenterologist at Mayo Clinic, who is studying the relationship between leaky gut and gluten sensitivity. “But many medical experts consider patients to have gluten sensitivity when celiac disease and wheat allergy [a reaction to all proteins in wheat, not just gluten] have been ruled out and symptoms improve on a gluten-free diet.”

Gluten-Free Diet and Joint Pain
According to Dr. Rosian, inflammation outside the gut is especially likely to affect the joints. She adds that many of her RA patients who are sensitive to gluten notice less joint pain when they don't eat it.

“We know that certain foods are pro-inflammatory, which includes gluten-containing grains and the thousands of foods made from them,” says Rosian. “When some, but not all, people with celiac disease or gluten sensitivity eliminate these from their diet, they may find their arthritis symptoms also improve."

For some with gluten-related joint pain, symptoms may improve within weeks after ditching gluten. For others, it may take a little longer, and for many, the problem may not be gluten at all.

“It could also be a wheat or lactose allergy or an issue with FODMAPs [small sugar molecules in some fruits and vegetables], which can also be pro-inflammatory and irritate the gut lining,” says Dr. Rosian.

No matter what the cause, always consult your doctor and/or a dietitian before embarking on a special diet. He or she can help you avoid any nutritional pitfalls, and together, help you determine if you have any food sensitivities or allergies. 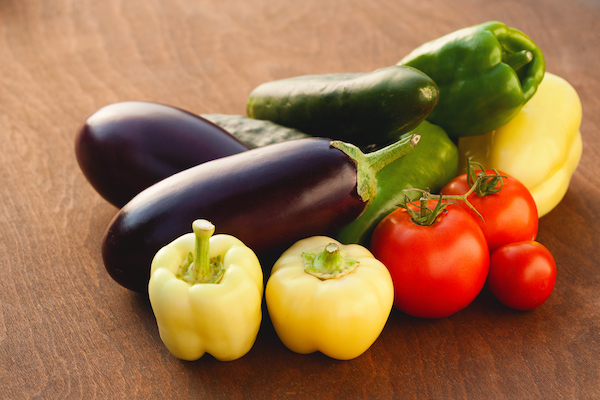 Learn the latest on how this family of fruits and vegetables can affect your arthritis symptoms.
Read More 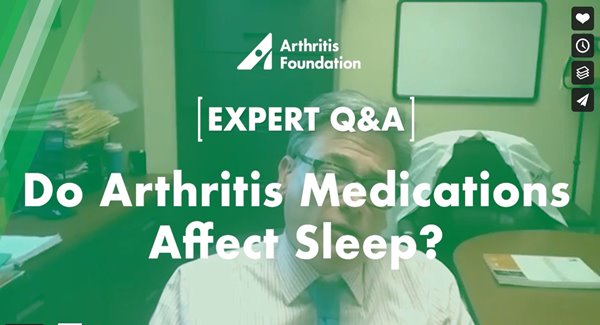 Learn how common arthritis medications may affect sleep quality and what you can do to help improve sleep.
Read More 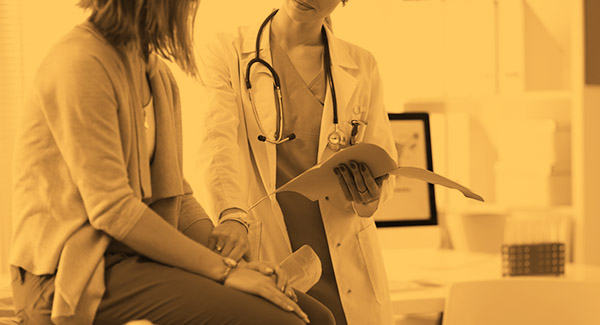 Learn the factors that cause people to experience arthritis pain differently and make a plan to manage it.
Read More