Get more information about phototherapy from the sun or a light box and how it may be a safe, effective treatment for your plaque psoriasis.

For people with psoriatic arthritis (PsA), a dose of ultraviolet light, whether from a natural or artificial source, may be a simple, safe and relatively inexpensive treatment that can improve psoriasis.

Two types of UV light affect your skin – ultraviolet A (UVA), which penetrates the top skin layer and breaks down collagen, and ultraviolet B (UVB), which causes sunburn. Both are linked to skin cancer. But UVB also has a big upside, says Matthew Lewis, MD, a rheumatologic dermatologist at Stanford Health Care in California.

How Does UVB Light Treat Psoriasis?
When UVB light hits the outer layer of skin, it causes changes within the skin cells and resident immune cells. These changes reduce the cytokines that induce psoriasis. “Not only does UVB have a tremendous anti-inflammatory effect, it also promotes regulatory T-cells (which suppress autoimmune reactions) and reduces itching,” says Dr. Lewis.

UVB exposure also stimulates the production of vitamin D, a key player in psoriasis treatment. The vitamin is used topically and sometimes orally to slow the rapid growth of skin cells and improve the skin’s barrier function and immune system.

Like UVB light, vitamin D reduces psoriasis-inducing cytokines, although its anti-inflammatory effects are weaker. “We know vitamin D is hugely important for regulating cell differentiation, but there are clearly factors in UVB light that benefit psoriasis above and beyond any effect of vitamin D,” Dr. Lewis explains.

Sunlight is great for people with mild skin symptoms who live in reliably sunny climates. Dr. Lewis recommends 20 to 30 minutes of sun exposure around noon every day to supplement treatment with topical steroids and vitamin D compounds. Some people get UV light from artificial sources in the winter and switch to natural light in the summer. It’s vitally important to avoid sunburn, which can trigger a psoriasis flare. So protect your healthy skin with a broad-spectrum sunscreen (SPF 15 or higher). Formulas containing zinc oxide and titanium oxide may cause less skin irritation than chemical sunscreens like those with oxybenzone.

Narrowband UVB phototherapy (with a wavelength in the 311 to 312 range) is the gold standard light therapy for PsA. It’s initially given in a clinic using a large, enclosed light box. Andrea Neimann, MD, a dermatologist at NYU Langone Medical Center in New York City, says this option is best for patients with widespread disease. The entire body except the eyes and genitals are exposed to the light for a few seconds to a few minutes.

“Narrowband UVB is the most common light therapy because it’s very safe and effective,” she says. “The main drawbacks are the commute time and inconvenience. Patients typically need three treatments a week for about three months.”

Patients who respond well to UVB in the clinic can buy a home unit. It’s smaller and not quite as effective as the professional version, and the $4,000 price tag may not be covered by insurance. It can be a good option for some, because weekly treatments are often needed to maintain remission. Home phototherapy is still a medical treatment, Dr. Neimann says, and must be used under a doctor’s supervision.

The excimer laser is a handheld, in-office device used to treat small, localized psoriasis plaques, especially on the scalp. It emits a particularly high intensity beam of UVB light that penetrates deeper into the skin. This therapy usually requires 10 to 12 treatments given two or three times a week.

UVA light, on its own, is ineffective for psoriasis. When used clinically, it’s combined with the chemical psoralen in a treatment called PUVA. Although psoralen can cause side effects such as nausea, reddened skin and itching, PUVA can be helpful for psoriasis that hasn’t responded to other treatments or the plaques are on the palms or soles of the feet. A single course is 20 to 25 treatments given two to three times a week, with clearing seen after about a month.

When to Avoid Light

Most people are candidates for phototherapy. Exceptions include patients who have any of the following:

Just Say “No” to Indoor Tanning

Do-it-yourselfers sometimes try to treat psoriasis with indoor tanning, but that’s not a good idea. Many tanning beds and booths deliver an overdose of UVA light, which prematurely ages skin. Many studies also suggest it significantly raises the risk of both melanoma and nonmelanoma skin cancers. If you want to DIY, 15 to 20 minutes of natural sunlight while wearing sunblock is safer and more effective, according to Dr. Lewis.

The goal of PsA treatment is to find what improves both joint and skin problems with the fewest side effects. “Some of the newer biologics are so much more effective for skin symptoms,” says Dr. Lewis. Yet phototherapy is less costly. The average annual price of phototherapy is about $3,000, whereas biologics run into the tens of thousands of dollars. Talk with your doctor and insurance provider to determine the best treatment plan for you. 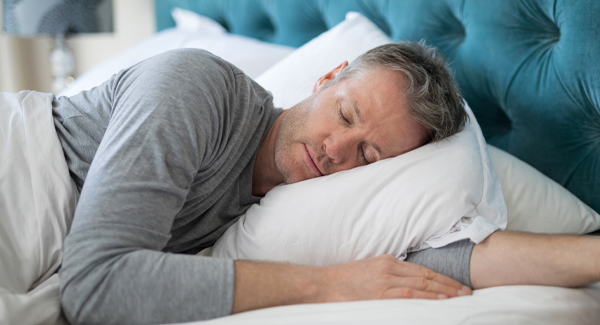 Is your PsA causing you sleepless nights? Here's why and how to get the rest you need.
Read More