Kids with JA are vulnerable to depression; here’s what you need to know.

Worries about fitting in, getting sidelined from activities, having to take medication, living with unpredictable pain and feeling a loss of control over their bodies – these are some common reasons why kids and teens with juvenile arthritis (JA) may experience depression.

Figures vary, but studies show that up to 15 percent of children with juvenile idiopathic arthritis (JIA) have clinical depression and another 20% or so may have “subclinical,” or lower-grade, mood problems.

“Something as simple as being able to run and play and blow off steam sometimes isn’t an option for kids with JA,” says Sandy Roland, PhD, director of psychology at Texas Scottish Rite Hospital for Children in Dallas. “Constant pain doesn’t help either, and there is a big correlation between chronic pain syndrome and depression in adults that’s also likely to exist in children. It’s a constant cycle – pain causes stress, which causes depression, which can worsen pain.”

Research suggests there’s a similar relationship between depression and sleep problems, which are more common in kids with JA than kids without. A study in kids with polyarticular JIA found that depression and pain were linked to poor sleep, which in turn, is associated with greater pain and depression.

Depression is harder to diagnose in children than in adults, but parents’ gut feelings can often tell them when something is off, says Roland.

“Look for changes in mood or behavior, including a loss or gain of appetite, changes in sleep patterns, a loss of interest in what used to be fun or new problems with concentration, friends or school,” she says.

Here are some other common signs to look for:

If you notice any of these signs and they start to worry you, talk to your child’s pediatrician or rheumatologist. He or she may advise you to start watching more closely or recommend that your child check-in with a psychologist, says Roland.

How Parents Can Help

Identifying the root causes of mood problems can help. “For example, if it’s pain, then you want to help them get a handle on it so they’re the boss of their pain instead of their pain being the boss of them,” she says. “If they are depressed because they can’t do their favorite activity, help them find a new one.”

Parents can also help kids work on coping strategies for every day and JA-related challenges. “Because kids with JA often can’t cope with their problems the way other kids can—for example, through lots of physical activity—they can develop habits that can keep them in a negative mindset,” says Roland.

These behaviors may include acting out at school, withdrawing and somatization (an unconscious process where psychological distress is expressed as physical symptoms). In instances of somatization, the child may play sick, refuse to go to school or take meds. And by their teen years, they may turn to risky behaviors like cutting as a way of acting out or coping.

Having open, honest discussions with children about their fears can also help. Don’t “sugarcoat” the pains of arthritis and its treatments, like telling them the needle won’t hurt. Instead, help them face their fears with positive coping mechanisms, like distraction (i.e., listening to music, meditating or watching their favorite show during shot time). Helping your kids manage stress, pain and fatigue and develop better sleeping habits may also stave off mood problems.

Lastly, research suggests kids with JIA who have higher “self-efficacy” are less vulnerable to depression than kids who aren’t as confident. “Self-efficacy is the ability to feel confident that you can succeed at something,” says Roland. “In general, children with higher levels of self-efficacy are more optimistic, and an optimistic outlook can help prevent depression and anxiety from becoming severe.”

She advises parents to let children take responsibility for tasks they’re mature enough to do successfully, which may include daily chores or, for older children, managing medications. “Then give them praise, praise and more praise,” she says.

Still, if it feels like you and your child have tried everything and nothing seems to work, it’s probably time to take you child to a therapist, says Roland. 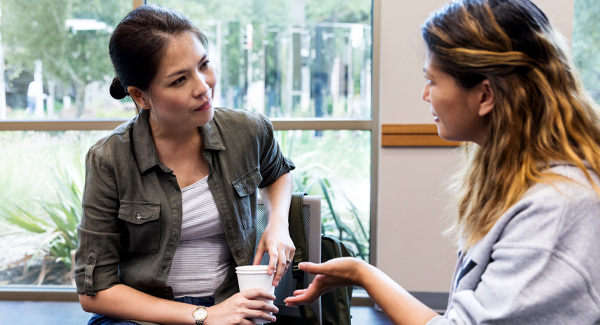 Treating Depression and Anxiety in Arthritis

Learn when to seek treatment when you are experiencing anxiety or depression.
Read More