Learn how enthesitis in psoriatic arthritis is detected and treated.

One in three people with psoriatic arthritis (PsA) will develop enthesitis. While this painful problem can affect anyone, enthesitis is far more prevalent, and more likely to become chronic, among people with PsA and other forms of axial spondyloarthritis (such as ankylosing spondylitis). In fact, rheumatologists often look for the presence of enthesitis to help confirm that a patient with joint symptoms has PsA and not another type of arthritis, such as rheumatoid arthritis.

While you may not have heard of enthesitis, the structures in the body affected by the condition are involved in every move you make. Bones and muscles are held together with tissues called tendons and ligaments, which allow them to work together and help all types of movement. The site where a tendon or ligament inserts into a bone is called an enthesis. You have more than 100 entheses in your body.

Enthesitis occurs when an enthesis becomes inflamed. Doctors believe that this inflammation is triggered by repeated stress on an enthesis, which causes microscopic damage that builds up over time. The immune system responds to the damage by releasing proteins called cytokines, which cause the enthesis to become inflamed.

Symptoms of enthesitis include pain and stiffness, especially when you move. Constant inflammation may promote abnormal bone growth, producing uncomfortable bone spurs (growths that develop on the edge of a bone). And though no one is quite sure why, enthesitis is closely linked to changes in the finger- and toenails (such as pitting and separation from the nail bed) that affect many PsA patients.

Enthesitis is at the root of some common orthopedic problems brought on by overuse, such as tennis elbow. “However, a person without PsA can apply ice and the enthesitis goes away over time,” says rheumatologist Samantha Shapiro, MD, of UT (University of Texas) Health, Austin. “But in a person with PsA, you have a runaway immune system that continues to inflame the enthesis without normal healing.” That means having PsA predisposes the inflammation to become chronic and require more than ice and time for relief.

Enthesitis often emerges early in PsA, though it can develop at any stage, says rheumatologist Vivian Bykerk, MD, of the Hospital for Special Surgery, in New York City. When the condition arises in people with PsA it can affect the elbows, shoulders, hips and knees, among other areas. But one of the most common targets in PsA is the enthesis where the Achilles tendon attaches to the back of the heel, which can make every footstep a painful experience.

Another common symptom of PsA is just another sign of enthesitis, says Dr. Bykerk. About 40% of people with PsA develop puffy, “sausage-like” fingers and toes, a problem known as dactylitis. “But it’s really a form of enthesitis,” says Dr. Bykerk, since inflammation in the connective tissue of the digits contributes to the swelling.

There are no standard lab tests to detect enthesitis. Your doctor may use medical imaging, such as ultrasound, to help determine if you have the condition, but your medical history and symptoms alone provide enough information in most cases, says Dr. Shapiro. For example, if you have pain in back of the heel just above the sole of the foot, swollen joints and finger- and toenail pitting, “then that’s enthesitis,” says Dr. Shapiro. “There’s no need for fancy imaging tests.”

Other conditions, such as fibromyalgia, can produce pain in and around the joints, but a simple test of resistance can help identify enthesitis, says Dr. Bykerk. If a patient describes discomfort in the elbow, for instance, she will ask him to raise that arm. If pushing against his or her palm causes the pain to increase, enthesitis is likely the cause.

“Fibromyalgia tender points won’t have the same level of pain,” says Dr. Bykerk. If your doctor determines you have enthesitis, a change in your treatment plan might be in order.

“Enthesitis really doesn’t respond to oral DMARDs,” says Dr. Shapiro, referring to disease-modifying antirheumatic drugs. These drugs include mainstay medications in the treatment of PsA such as methotrexate and leflunomide. As initial therapy for suspected enthesitis, Dr. Shapiro may try treating a patient with high doses of nonsteroidal anti-inflammatory drugs (NSAIDs), such as naproxen or indomethacin, for up to a month. But NSAIDs are not an option if you have chronic kidney disease and should be limited or avoided if you have a history of gastrointestinal ulcers or bleeding.

If a patient has enthesitis in just one location, Dr. Bykerk will consider injecting a corticosteroid to bring down the inflammation. But if symptoms persist or if enthesitis affects several locations in a person with multiple tender joints, then both Drs. Shapiro and Bykerk agree a biologic drug is likely needed.

The first-choice biologic drug for most patients who need one to manage enthesitis or other PsA symptoms will be a TNF inhibitor. There is evidence that TNF inhibitors can quiet enthesitis, says Dr. Shapiro, but not all patients get relief. That’s why researchers are working to validate the effectiveness of IL and JAX inhibitors as well as PDE4 blockers for treating enthesitis.

Authors of a 2018 study published in Current Rheumatology Reports concluded that “the use of different agents including IL-17, IL-23 and JAK inhibitors have contributed significantly to our understanding of diverse immune pathways involved in enthesitis.” The results of different studies have been promising and suggest that these therapeutic agents could prove to be effective treatments.

If you suspect you have enthesitis, tell your doctor right away. He or she can help properly diagnose you and come up with a treatment plan to suit your needs. 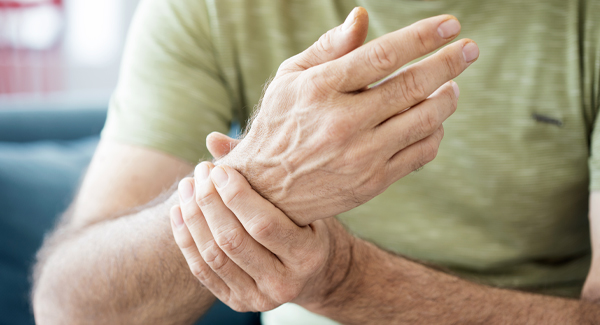