Non-Hodgkin’s lymphoma occurs with this autoimmune condition, but it’s rare.

Sjögren’s syndrome is an inflammatory condition resulting from an abnormal immune system response. Along with causing symptoms such as dry eyes, dry mouth and joint pain, it can increase the risk of non-Hodgkin’s lymphoma (NHL), a cancer of white blood cells called lymphocytes.

Just how much the risk for this cancer goes up depends on a few specific factors.

How High is the Risk?

Early studies found that the risk of NHL in people with Sjögren’s syndrome was 44 times higher than it was in people who don’t have this autoimmune disease. That sounds like a scary number, but more recent, larger studies have shown that the real risk isn’t nearly as high.

“The risk is probably more in the range of six- to nine-fold higher,” says Alan Baer, MD, professor of medicine and director of the Jerome L. Greene Sjögren’s Syndrome Center at Johns Hopkins Medicine.

That number also needs to be put into perspective, because NHL is rare overall. Only about 4% of all new cancers diagnosed are this type. And the odds of developing NHL in one’s lifetime are about 1 in 41 for men and 1 in 52 for women. So even if you have Sjögren’s, your chance of getting this cancer is small.

The connection between Sjögren’s and NHL lies in white blood cells called B lymphocytes. Lymphocytes are immune cells that protect the body from foreign invaders like viruses and bacteria. There are two types:

In Sjögren’s, B lymphocytes are overactive. That’s what causes inflammation. These immune cells build up in the salivary glands and other glands, damaging them and leading to symptoms. “Sustained stimulation of the lymphocytes can set the stage for developing lymphoma,” says Dr. Baer. Genes can also make a person more susceptible to this cancer.

Sjögren’s syndrome isn’t the only condition linked to NHL. Other diseases that involve stimulation of B lymphocytes can also increase the risk, including Helicobacter pylori infection and hepatitis C, Dr. Baer adds.

Who is at Risk?

Not everyone with Sjögren’s has the same risk. Symptoms and factors that raise the likelihood of developing NHL include:

Should You Be Monitored?

NHL isn’t like breast cancer or colon cancer, where a screening mammogram or colonoscopy to find the cancer and start you on a treatment early could make a big difference in your outcome. “Unfortunately, we just don’t have solid evidence that early treatments would necessarily alter the risk of recurrences or improve the long-term outcomes,” Dr. Baer says.

If you have Sjögren’s syndrome, the rheumatologist who treats you should talk to you about your NHL risk. Though there aren’t any screening tests for lymphoma, you may need to see your doctor more often — every six to 12 months, Dr. Baer says. The more risk factors you have for this cancer, the more often you should visit your doctor.

The doctor will ask about and examine you for possible lymphoma warning symptoms, such as swollen lymph nodes or salivary glands, fevers, night sweats and unintentional weight loss. “Any enlarged node that persists for more than a few weeks would be of concern,” he adds. You may also get blood tests to look for proteins in your blood that could put you at higher risk for NHL.

How Might NHL Risk Affect Your Sjögren’s Treatment Plan?

While it would make sense that dampening the overactive immune response with medications might protect against cancer, too, evidence of this effect is lacking. “At this point in time, I cannot tell you that we know that any of our treatments would alter the risk,” Dr. Baer says.

The one medication worth considering if you are at increased risk for lymphoma is rituximab (Rituxan), a monoclonal antibody that targets B cells. It treats inflammatory diseases like Sjögren’s syndrome as well as NHL. Although there’s no evidence that it reduces the risk of developing lymphoma, some research does show that controlling active inflammation from Sjögren’s might improve the outcome of this cancer, Dr. Baer says.

What If I Do Get NHL?

It can be frightening to think that you are at higher risk for lymphoma, but take comfort in knowing that even if you do get this cancer, your outlook is likely good. Most non-Hodgkin’s lymphoma in people with Sjögren’s syndrome is a type called MALT, which tends to grow slowly.

“The most common form of lymphoma that’s occurring in Sjögren’s has a good prognosis,” according to Dr. Baer. He’s had patients who’ve lived with this cancer for two decades. “Oncologists often question whether it needs treatment or simply observation if it is localized [in one area of the body] and is not causing symptoms.” 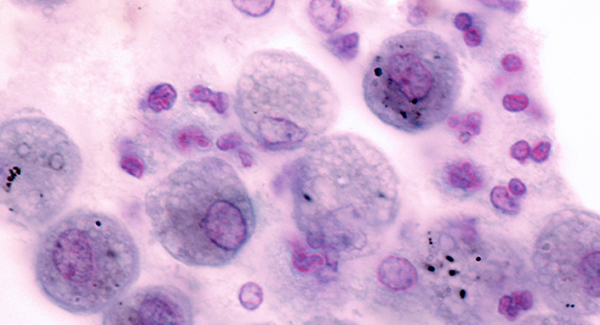 MAS is a serious condition that occurs in about 10% of children with SJIA.
Read More

Learn the link between cancer and the drugs used to treat RA.
Read More 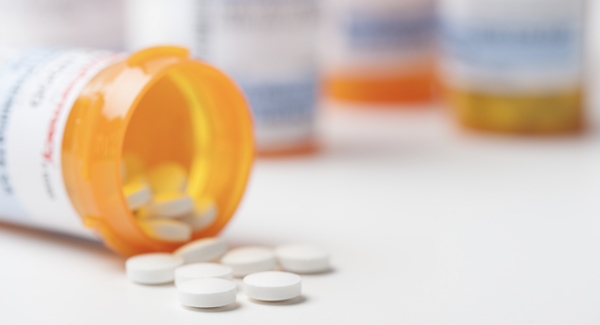