Excess weight leads to more pain and fatigue and lower quality of life.

Fibromyalgia hurts more when you’re overweight. Having too much body fat and too little muscle also increases fatigue and worsens many other symptoms. Studies show that losing weight and exercising help dial down the pain while improving daily function.

There is solid evidence that people with fibromyalgia who are overweight or obese aren’t as physically strong or flexible, have more sleep problems, experience greater anxiety and depression, and endure a lower quality of life than healthy-weight people with the condition.

The more you weigh, the worse you feel, according to a study published in 2018 in PeerJ that separated people with fibromyalgia into three groups--normal weight, overweight and obese--and compared their symptoms.
The more people weighed, the more their pain, depression and number of tender points increased. Those with the highest bodyweights also reported the most impact of fibromyalgia on their physical function and well-being.
A 2018 Archives of Rheumatology study echoed these findings. Its investigators looked at both total weight and body composition in normal-weight, overweight and obese people with fibromyalgia.

The higher people’s weight, fat mass and body fat percentage, the more general and widespread pain they had. Higher weights and fat mass were also linked to more severe fibromyalgia.

Overloaded joints explain part of the pain–fibromyalgia connection, says Okifuji. “The higher your weight, the more it loads and puts strain and pressure on your joints, particularly in the lower parts of your body,” she says.

In addition, cells in fat tissue are chemically active and release several proteins and other chemicals that increase body-wide inflammation, says Okifuji. The more body fat you have, the higher your inflammatory load.

“Researchers are starting to equate obesity with a generalized state of constant low-grade inflammation that probably plays a role in increasing pain levels and sensitivity,” she says.

The more physical activity people with fibromyalgia get, the better they feel.

In a 2018 study published in Archives of Physical Medicine and Rehabilitation women with fibromyalgia who reported doing the most physical activity had the lowest levels of pain, fatigue and disease activity. Getting any physical activity improved symptoms compared with being couch-bound, but the more time people spent working out, the fewer symptoms they had.

Researchers recorded the biggest benefits in those who did moderate to vigorous physical activity, such as walking at a brisk pace, for at least 150 minutes per week. Some people split that time into short workouts of about 10 minutes each, while other exercised for longer bouts. The longer people spent in each exercise session, the less pain they reported.

Four weeks of regular core-stabilizing exercises plus a vegetarian diet reduced pain in women with fibromyalgia more than the diet alone or no intervention, according to a 2018 study published in Nutrición Hospitalaria. The researchers reported that improvements were likely due to improved core strength and body composition (less fat, more muscle).

Weight loss also takes some of the pain out of fibromyalgia.

Losing about three body mass index points (BMI) reduced fibromyalgia symptoms in a research study published in Clinical Rheumatology. It compared individuals with fibromyalgia who dropped at least three body mass index points (enough to move most from the obese to overweight category) with their counterparts whose weight remained the same. Weight losers had less pain, depression and trouble sleeping, as well as lower markers of body-wide inflammation.
Hello, 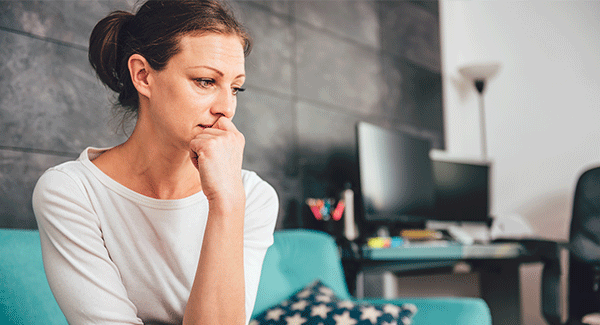 How Arthritis Affects the Family

Being understood by and understanding your loved ones are key to fortifying family relationships.
Read More

Fibromyalgia, Lupus, or Both?

Find out how your doctor can differentiate between fibromyalgia and lupus.
Read More