For some people with degenerative disease in the lumbar spine, artificial disc replacement (ADR) is superior in several ways to spinal fusion, according to a five-year study comparing the two surgical procedures.

Degenerative disc disease, a common cause of low back pain, occurs when one or more discs – gel-filled cushions between the bones of the spine (vertebrae) – rupture or deteriorate. Unlike other “degenerative” conditions, symptoms from the disc problems often improve in a few weeks with minimal treatment. However, a small proportion of people have persistent symptoms that may require surgery.

For decades, lumbar fusion has been the gold standard for treating degenerative disc disease that has failed to improve with non-operative treatment, says Jack Zigler, MD, an orthopaedic spine surgeon at Texas Back Institute in Plano.  Lumbar fusion involves removing the damaged disc(s) and fusing the adjacent vertebrae to prevent motion-related pain. In the appropriately-selected patient, the procedure can have life-changing results, says Dr. Zigler, lead author of the study, which was published in Global Spine Journal.  But it also has its downsides, including loss of motion and accelerated wear and tear on the adjacent segments of the spine, he says.


Artificial disc replacement is a surgical alternative to fusion. It involves removing the damaged disc and replacing it with an artificial implant.

The concept of disc replacement has been around since the 1950s, when methacrylate cement was placed into an intervertebral disc space, says Dr. Zigler. In the 1960s metallic spheres were placed into the space. Results of both were generally poor, he says. However, more recently the development discs from materials similar to those used in other joint replacements has brought renewed interest and increased success with disc replacement.

To better understand how disc replacement compares to spinal fusion, Dr. Ziegler and colleagues conducted the first five-year meta-analysis of five-year data from four different artificial disc studies. The results were published in the Global Spine Journal in June 2018.

“Meta-analysis represents the highest level of scientific evidence from a statistical standpoint,” says Dr. Zigler. Each of the studies involved approximately 300 patients recruited from approximately center by 35 surgeons. All patients were randomly assigned to receive either disc replacement or fusion (patients were unaware of their random assignment until after surgery), and were then followed closely for 5 years.

The analysis showed that “patients randomly assigned to receive a disc replacement rather than a fusion had statistically better improvements in [function], had significantly better patient satisfaction, and had significantly lower risk of reoperation,” Dr. Zigler says. “Additionally, in the short term, patients with lumbar ADR spent less time in the operating room, and had shorter lengths of stay in the hospital.”

Yet not everyone with degenerative disease in the lumbar spine is a good candidate for artificial disc replacement, says Dr. Zigler. The best patient for a lumbar ADR is someone with degeneration of single involved disc, who has not had sufficient pain relief after six months of nonsurgical treatment and who has become functionally disabled as a result of low back pain.  Patients may be better served by fusion if they have instability at the involved segment, severe arthritis in the facet joints or osteoporosis.

In some cases, doctors may perform a combination of the two procedures. “We also have extensive experience offering disc replacement to patients with more than one symptomatic disc,” says Dr. Zigler. “Two-level disc replacement or hybrid constructs -- combining fusion and artificial disc replacement -- have been highly successful in allowing these patients to resume a more normal lifestyle.” 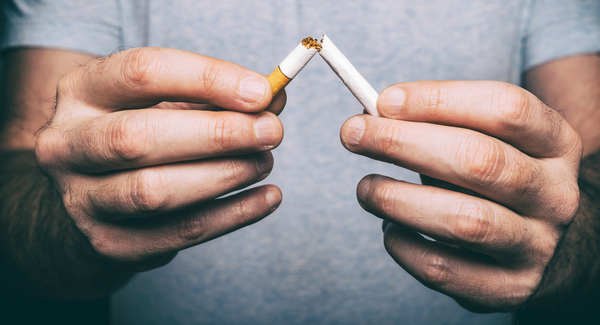 Learn why quitting smoking is important when you have AS or inflammatory spinal arthritis.
Read More