Learn more about the people that have made the Arthritis Foundation such a successful non-profit, including our National Leadership Team.

With more than 30 years of experience within the voluntary health space, Ann has revolutionized the organization’s approach, structure and focus to deliver the greatest impact in the lives of those with arthritis. Since joining the Arthritis Foundation in 2013, Ann has established the organization’s four pillar areas, introduced an annual planning process to identify and measure priority outcomes and successfully implemented a consolidated structure.

With a BS in education from the University of Delaware, Ann has a strong background at three large voluntary health organizations: the American Cancer Society, the American Diabetes Association and the Cystic Fibrosis Foundation. Beginning her career with the American Cancer Society in 1979, she held numerous roles of increasing responsibility over 18 years. In 1997, she joined the American Diabetes Association to oversee increased fundraising for their Mid Atlantic region and led a nationwide operational restructuring that increased efficiency. During her 12 years at the Cystic Fibrosis Foundation, Ann’s leadership brought new business systems and a great team of staff and volunteers who annually raised a net income of more than $100 million.

Ann is the immediate past chair of the board of directors of the National Health Council, which consists of voluntary health agencies committed to helping people with chronic diseases and disabilities and their caregivers. She’s also recognized as one of the 100 most influential leaders in the health care industry by the Atlanta Business Chronicle.

Ann is passionate about her work as the Foundation’s leader: “I am truly inspired by the dedication of our volunteers and the courage and perseverance of people with arthritis and their families. We are responsible for helping more people say Yes to conquering everyday challenges and to fulfill our mission of audaciously attacking arthritis and its effects.”

Steve joined the Arthritis Foundation in February 2021. In his role, Steve is in charge of helping accelerate scientific discoveries, improve quality of life for arthritis patients and address access to care issues, as well as oversee our finance operations.

Steve comes to us from the Sjögren’s Foundation (SF), where he most recently served as the organization’s chief executive officer. Since joining SF in 2003, Steve worked to make Sjögren’s a household name, increasing awareness among the general public and health care professionals.

Steve led SF through major strategic initiatives, including development of the first ever Clinical Practices Guidelines for Sjögren’s, giving physicians a roadmap on how to treat, manage and monitor their patients. Steve was instrumental in tripling SF’s fundraising budget, introducing new avenues of individual giving and amplifying their signature fundraising events.

Steve holds a bachelor’s degree in political science from Boston University and received his executive MBA from Auburn University in 2013. He lives in northern Virginia and is the proud father of three sons.

“I am humbled by the patients we serve and their fortitude to challenge the life-altering effects of arthritis,” says Steve. “I am honored to be a part of their story as we all work together to champion the fight against arthritis.”

Robin joined the Arthritis Foundation in 2020 as vice president of strategy integration. She most recently served as the senior director of risk management programs at Evidera/PPD and holds a business administration degree from Washington Adventist University. Robin’s areas of focus at the Arthritis Foundation include IT, operations and human resources and she has led the re-envisioning of the organization’s Helpline, recruiting physicians into the Live Yes! Arthritis Network and ensuring tactical efforts around the network align with the Foundation’s vision. Robin is based in Saint Petersburg, Florida.

“There is no better expression of love than to donate one’s time, energy and charity to a cause that is not his own, but that benefits others,“ says Robin.

Sabrina joined the Arthritis Foundation as senior vice president of marketing, communications and e-Commerce in 2020. After working in agencies and consulting firms, she held leadership roles at Stanley Black & Decker, SunTrust Bank and the American Cancer Society. Sabrina is based in Atlanta and leads the Foundation’s integrated marketing, brand, content and digital experience efforts. She has a bachelor of arts degree in English from the University of Georgia and is a certified Project Management Professional (PMP®).

“I’ve learned that creating an authentic human experience is the best way to be both meaningful and memorable,” Sabrina says. “Good design is not just making things pretty. It’s about solving problems, which I’m honored to do alongside passionate staff, volunteers, partners and supporters on behalf of the entire arthritis community.”

A graduate of the University of Tennessee, Rick got his start in fundraising in 1997 at the Muscular Dystrophy Association, and went on to hold leadership positions at the American Diabetes Association and the Cystic Fibrosis Foundation, expanding local events and opening new markets. He has a strong history in field management and fundraising strategy, and extensive experience working with volunteers. Rick joined the Arthritis Foundation in 2014, and today he oversees all fundraising programs and the delivery of volunteer-driven, mission-driven work in local communities throughout the country.

“I’m profoundly inspired by the multitudes of caring people who give so generously of their time, talents and resources,” says Rick. “Not only do they fuel our mission; they drive our success. I’m grateful to work alongside them.” 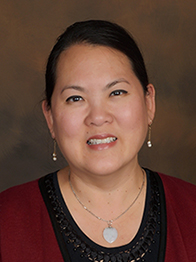 Vickie joined the Arthritis Foundation in 1996 and has held roles of increasing responsibility in mission delivery.

Vickie holds a Master of Public Health, Public Education and Promotion from the University of California, Los Angeles. She resides in Arcadia, CA.

“Our mission is to help people with arthritis feel empowered and to know that they are not alone in our fight against arthritis. It is very inspiring to me to see the lives we’ve been able to impact. I am privileged to be part of an extraordinary group of staff and volunteers that work hard to make a difference every day,” says Vickie.

Chair, Board of Directors

Frank Longobardi, CPA, was named chair of the Arthritis Foundation’s board of directors in November 2020.

Frank is the former CEO of CohnReznick, one of the country’s largest public accounting firms. His term as CEO ended in January 2020. Frank previously served as strategic advisor to the CEO and executive board on key growth initiatives while also overseeing CohnReznick’s Mergers and Acquisitions Program. Frank retired from CohnReznick, effective January 31, 2021.

During Frank’s tenure, CohnReznick experienced sustained growth with current revenue of $660 million, over 2,700 employees and 25 offices in the U.S., Hong Kong, Australia, the Netherlands and India. Prior to being elected CEO, Frank held various leadership positions within the firm, including roles overseeing its industry practices and go-to-market strategy, managing an audit efficiency initiative and launching CohnReznick’s strategic plan and its diversity and inclusion task force.

Frank is a committed corporate citizen and has served in numerous volunteer leadership roles at the Arthritis Foundation over the past 20 years, dedicated to giving back to the arthritis community. In 2016, he received the organization’s Legacy of Volunteer Service Award. He also serves on the board of the Safe at Home Foundation, where he chairs the audit committee.

Frank now resides in Jupiter, Florida, with his wife, Pat. He is an avid golfer and loves to read.

“I am honored and humbled to part of such great organization,” says Frank. “Our focus is on helping people with arthritis improve their daily lives through advocacy, programs and research. I love the passion and commitment of our staff and volunteers.”


Currently this program is for the adult arthritis community.  Since the needs of the juvenile arthritis (JA) community are unique, we are currently working with experts to develop a customized experience for JA families.